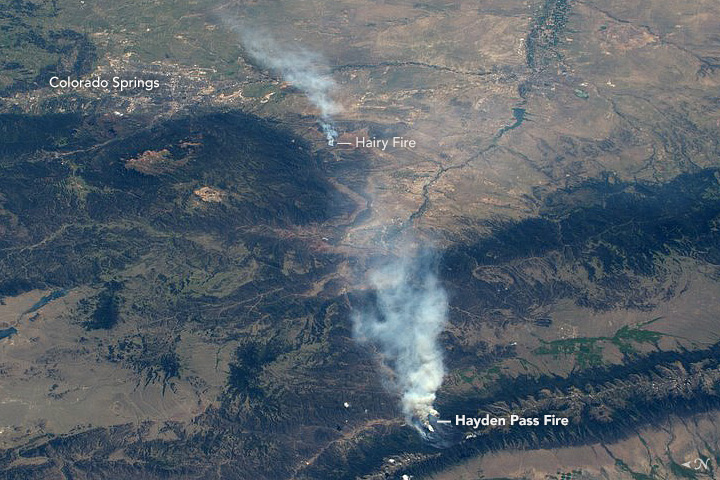 The Hayden Pass Fire, which began on July 10, has consumed nearly 13,000 acres, according to news reports. More than 450 firefighters are working to contain the blaze, and residents have been evacuated from nearby areas. Conservationists worry that the fire could decimate populations of the Hayden Creek cutthroat trout, a protected species unique to the area. Astronaut Jeff Williams shot a photograph of that fire (top of this page) from the International Space Station on July 11, 2016.

The Beaver Creek fire crossed the border into Wyoming on July 12, charring more than 20,000 acres, according to local news sources. At least 230 firefighters have been battling the blaze, which started on June 19. The fire is now 5 percent contained, according to The Denver Post. 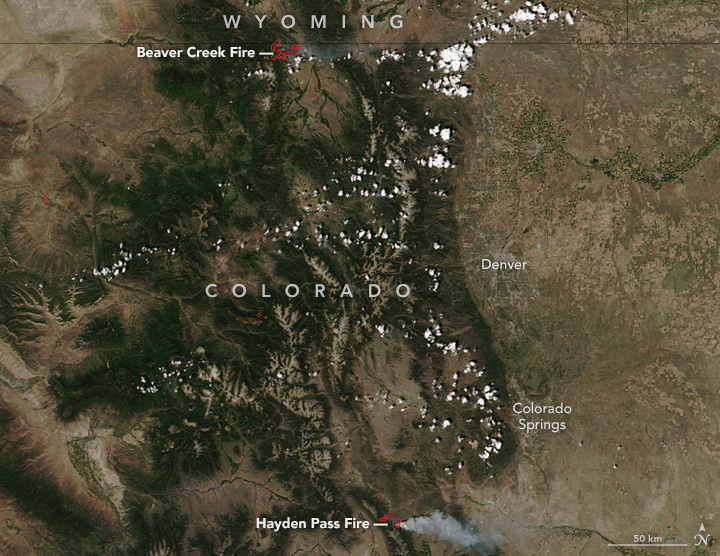 On July 13, 2016, the Visible Infrared Imaging Radiometer Suite (VIIRS) on the Suomi NPP satellite captured this image of the two fires.

The Hayden Pass Fire has forced the evacuation of more than 100 homes since July 8.