What’s in a NAAMES? 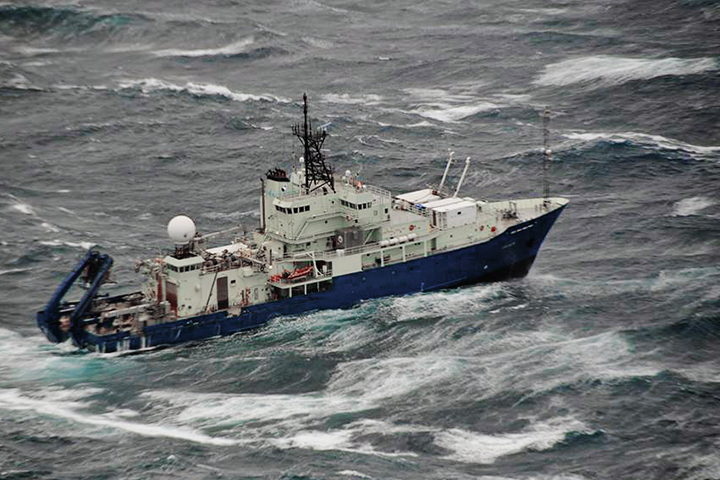 It is one of the wonders of science that some of the smallest things on our planet can have a large effect on our Earth systems. Every year in the North Atlantic, countless phytoplankton—floating, microscopic, plant-like organisms—harness springtime sunshine and floating nutrients to create the largest bloom on the planet. In the process, they play a role in regional and global climate by absorbing massive amounts of carbon dioxide and releasing tiny aerosol particles that can seed clouds.

In a study stretching across five years, scientists are gathering observations from research ships, instrumented aircraft, and satellites to understand conditions in the Atlantic Ocean and the skies above it. In the North Atlantic Aerosols and Marine Ecosystems Study, or NAAMES, they are studying annual phytoplankton blooms in order to understand the conditions that create, sustain, and ultimately deplete them. At the same time, the researchers are examining how those blooms give rise to biogenic aerosol particles and gases (such as dimethyl suflide) that are carried up into the atmosphere.

In May 2016, the research vessel Atlantis cruised out of Woods Hole, Massachusetts, carrying several dozen researchers and an array of instruments into the turbulent North Atlantic to collect measurements of water properties, biological activity, and sea spray. One goal was to observe the structure of the phytoplankton community and the role of sunlight, predation, and disease in promoting and limiting blooms. Another goal was to determine how and when these phytoplankton release small particles and trace gases that can lead to cloud formation. The ship (pictured above) sailed to a point southeast of Greenland and took samples along a line from 60 to 40 degrees latitude and 40 degrees west longitude—through the heart of the typical spring bloom.

At the same time, another team flew one of NASA’s C-130 research aircraft from Langley, Virginia, to an airport in St. John’s, Newfoundland, where they staged several observational flights. The plane (shown above) flew passes over the same parcels of water studied from Atlantis; flew under the same orbital path as the Cloud-Aerosol Lidar and Infrared Pathfinder Satellite Observation (CALIPSO); and made intricate maneuvers through different altitudes to capture measurements in different layers of the atmosphere. The principal focus of the flights was to observe marine aerosols as they rose into the atmosphere. 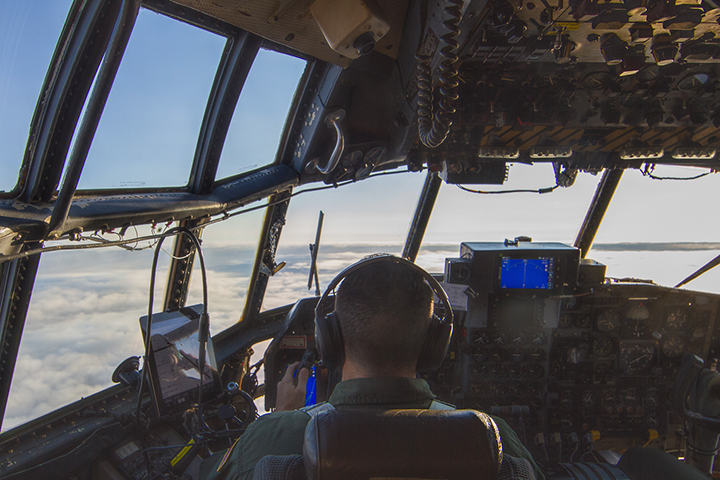 Researchers are wading into the North Atlantic to observe how microscopic phytoplankton can play a role in absorbing carbon and promoting cloud formation.