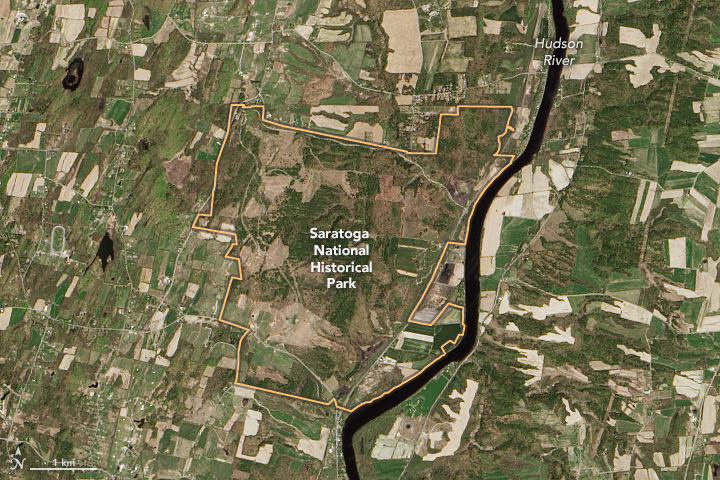 The first national Decoration Day in United States history occurred on May 30, 1868. Three years after the end of the Civil War, General John Logan declared that the day should be used to commemorate—and decorate the graves of—soliders who died in the war. In later years, Decoration Day came to be known as Memorial Day, a day to honor more than 1.1 million U.S soldiers who have given their lives in the name of freedom and democracy.

Ninety-one years earlier, in the autumn of 1777, about 800 soldiers in the Continental Army of the fledgling United States were among the first to die for their country. In a series of skirmishes and large battles over the course of a month in upstate New York, American soldiers defeated British forces and turned the tide of a war that seemed lost just a few months earlier.

At the time, the British Army was working to cut off New England—considered the source of much of the revolutionary unrest—from the rest of the American colonies by advancing from Canada past Lake Champlain toward Albany, while other forces moved north from New York City. After capturing Fort Ticonderoga in August 1777, the British forces moved south and were met by American forces that had built defenses at Bemis Heights (near Stillwater, New York) above the Hudson River and the main road through the region. In the battles that followed, at least 1,500 British troops were killed, and another 6,800 were surrounded and captured. After the battle, the French, Dutch, and Spanish governments decided to provide support to the American colonies, widening the war with the British.

On May 6, 2016, the Operational Land Imager (OLI) on the Landsat 8 satellite acquired these natural-color images of Saratoga National Historical Park and of the wider area of New York that was central to the 1777 military campaign. Much of the region is now forested or farmed, though the full green of spring had not yet spread across the cool New England landscape at the time that Landsat captured the images. 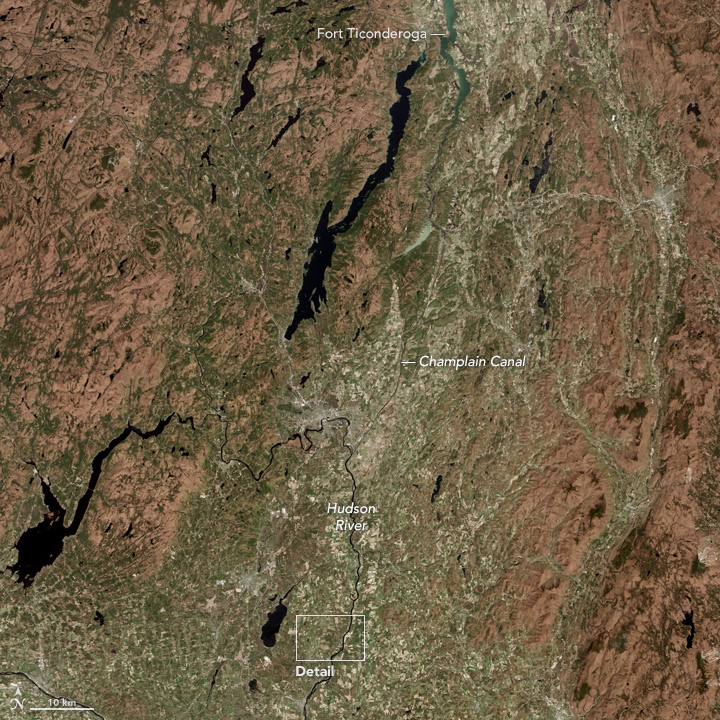 The modern park still preserves some of the battlefields, several colonial era houses, cannons, and a 155-foot tall obelisk monument celebrating the victory. The park also includes remnants of the British encampment, a visitor center with historical exhibits, and the “Boot Monument” to Benedict Arnold.