The Rains of Roanu 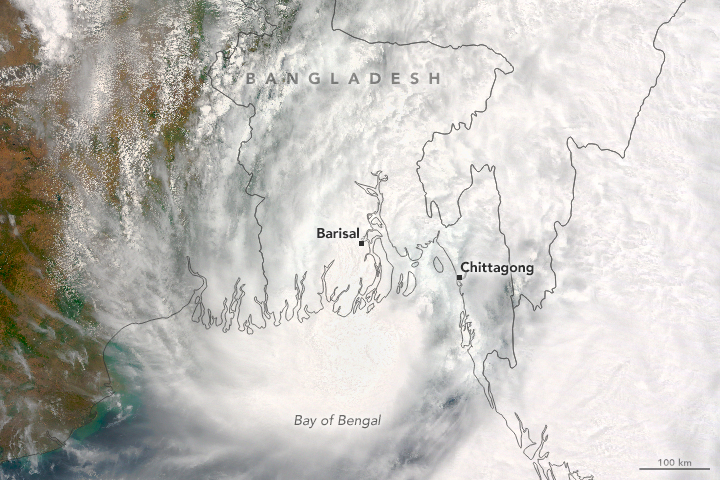 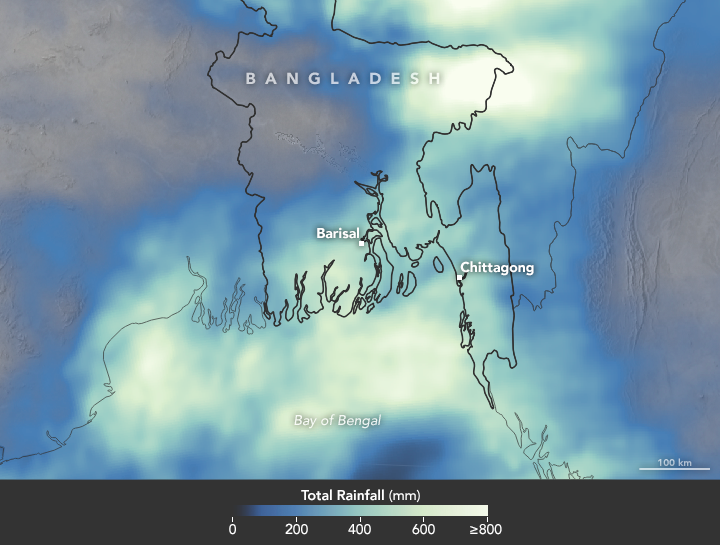 Though it never reached hurricane strength, Tropical Storm Roanu made landfall in Bangladesh with deadly consequences. The storm unleashed heavy winds and rain on the country’s populous coastal communities, killing at least 24 people and affecting up to half a million.

At 10:50 a.m. local time (04:50 Universal Time) on May 21, 2016, the Moderate Resolution Imaging Spectroradiometer (MODIS) on NASA’s Terra satellite acquired this natural-color image of the storm. Roanu progressed northeast over the Bay of Bengal before making landfall in Bangladesh.

When the image was acquired, the storm’s maximum sustained winds neared 55 knots (102 kilometers or 63 miles per hour)—the highest sustained wind speed reached during the life of the storm. Based on the Saffir-Simpson scale, the 55-knot winds categorize Roanu as a tropical storm. That’s stronger than a tropical depression but weaker than a category-1 hurricane.

In addition to winds, the storm produced widespread rainfall that contributed to life-threatening floods and landslides. The map above shows a satellite-based estimate of rainfall from May 15-22, 2016. The data come from the Integrated Multi-Satellite Retrievals for GPM (IMERG), a product of the Global Precipitation Measurement mission. The brightest shades on the maps represent rainfall totals of at least 800 millimeters (more than 30 inches) during that period. Blue areas saw less rain, and gray areas received no rain. These regional, remotely-sensed estimates may differ from the totals measured by ground-based weather stations.

The wind and rain hit the coastal cities of Barisal and Chittagong particularly hard; deaths there resulted from storm-damaged houses, landslides, and uprooted trees, according to news reports. Another report noted that many deaths in Chittagong were due to a storm surge that breached the area’s dams.

In May 2016, Tropical Storm Roanu unleashed heavy winds and rain on the populous coastal communities of Bangladesh. 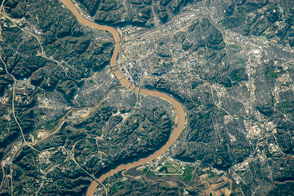