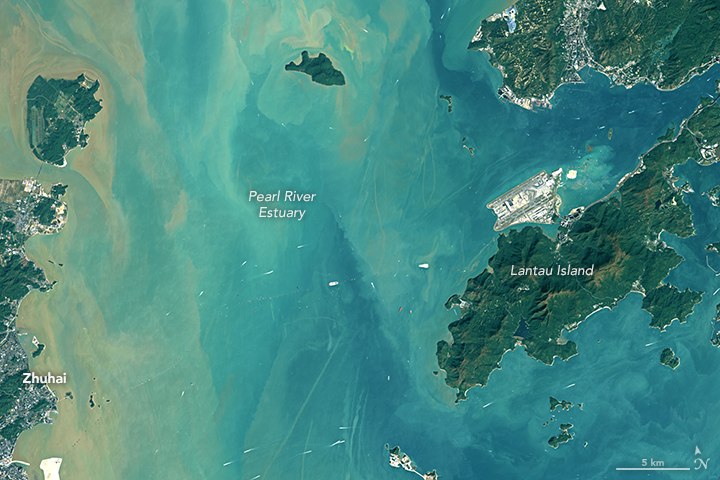 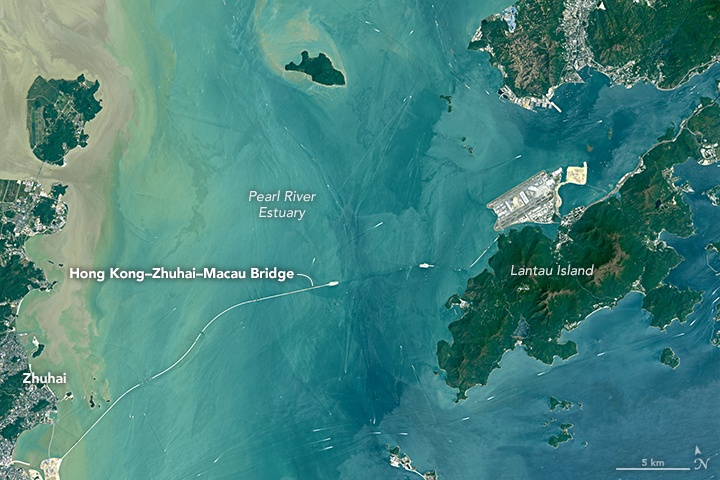 If you want to get from Macau or Zhuhai to Hong Kong, you either have to take a boat or drive at least four hours (200 kilometers) across southeastern China. An ambitious engineering project intends to shorten that drive time to 40 minutes.

The Hong Kong-Zhuhai-Macau (HKZM) Bridge has been dreamed about for at least 30 years and under construction for seven years so far. There are at least three or more years to go before cars and trucks will be able to pass between the Hong Kong Special Administrative Region on the eastern shores of the Pearl River estuary to Zhuhai City (Guandong Province) and the Macau Special Administrative District on the western side. The bridge will add a new transportation link in one of the fastest-growing and largest urban areas in the world. More than 50 million people live around the Delta.

The HKZM connector will include roughly 42 kilometers (26 miles) of bridges over water, with another 7 kilometers (4 miles) passing through a submarine tunnel. The estimated $132 billion (Hong Kong) project will include three cable-stayed bridges and long stretches of causeways; the longest bridge section will be 29.6 kilometers (18.4 miles) long. Three lanes of traffic will move in each direction, roughly east-west across the water. Once completed, the Hong Kong-Zhuhai-Macau Bridge will be one of the longest water crossings in the world, equivalent to about 15 Golden Gate Bridges.

The tunnel section is being created to allow passage of large ships through the estuary. The concept is similar to the design of the Chesapeake Bay Bridge-Tunnel in Virginia and the Oresund Bridge between Denmark and Sweden. The HKZM bridge has required the creation of several artificial islands for entry and exit from the tunnel. 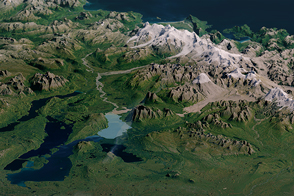