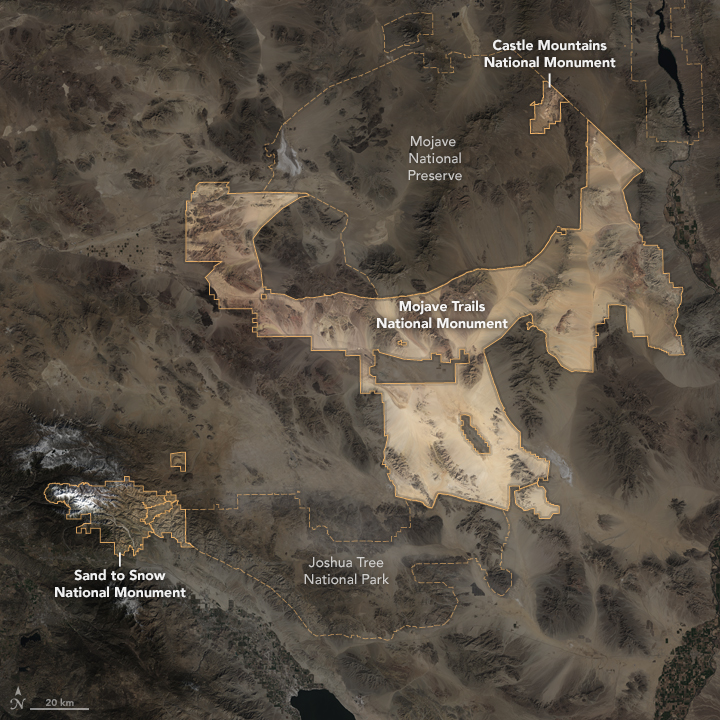 In February 2016, the United States government established the world’s second-largest desert preserve. In designating three new national monuments in the California desert, the U.S. Department of the Interior added 1.8 million acres to an existing 7.6 million acres of protected land. This image from the Operational Land Imager (OLI) on Landsat 8 shows how they all connect. (The image is a composite of satellite data from Landsat 8 passes on February 8 and February 17, 2016.)

The western edge of Sand to Snow National Monument is located about 120 kilometers (75 miles) east of downtown Los Angeles. This aptly named monument encompasses 150,000 acres from the desert floor to the mountaintops in San Bernardino National Forest. Ecological diversity at the various altitudes makes this monument unique.

Hikers encounter some of this diversity along 50 kilometers (30 miles) of the Pacific Crest Trail that crosses through the monument, from Whitewater Canyon up 2100 meters (7,000) feet to Mission Springs. Desert oases, like the one in the top photograph below, are important refuges for animals and critical stopover spots for migrating birds. 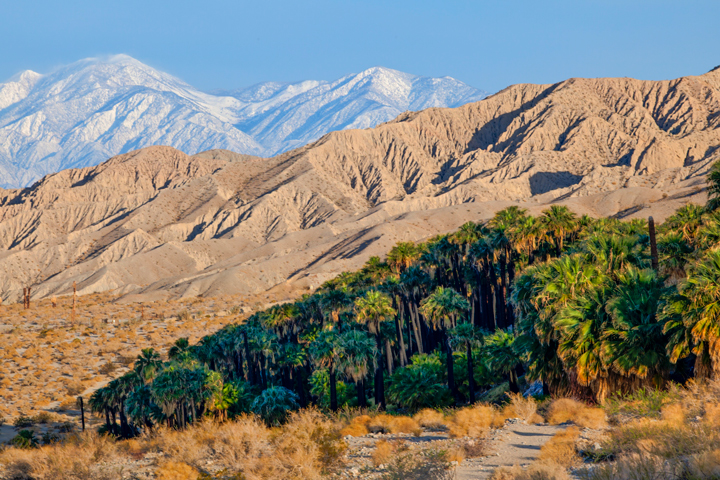 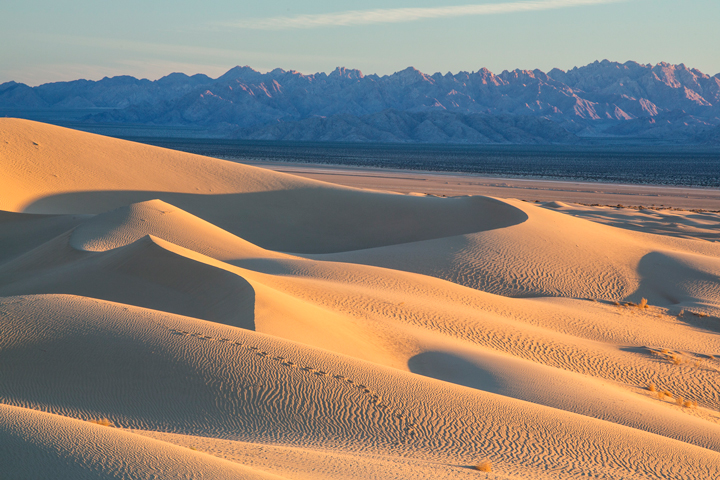 Sand to Snow shares a common boundary with Joshua Tree National Park, which in turn connects to Mojave Trails National Monument—the largest new addition at 1.6 million acres. Lava flows and mountains spread across this tract of the Mojave Desert. The focal point is the sand dunes; in particular, the remote and nearly pristine Cadiz Dunes that formed from the sand of dry lake beds. The second photograph above shows the ground-based view of dunes within the monument.

Despite the remoteness of this monument, the area is well traveled. The corridor connects the deserts of the southwest to the Pacific Coast and has been travelled by people for thousands of years. The Southern Pacific railroad and Route 66 are the most famous byways through this desert landscape. 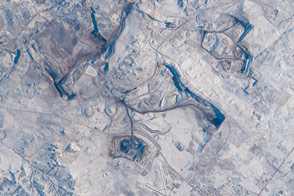