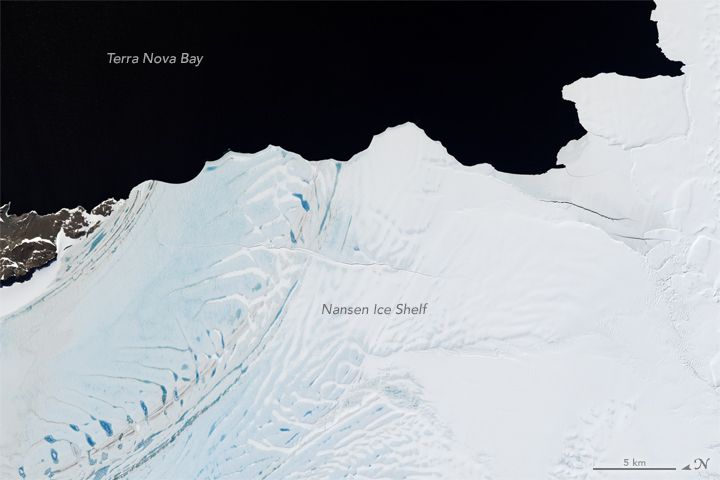 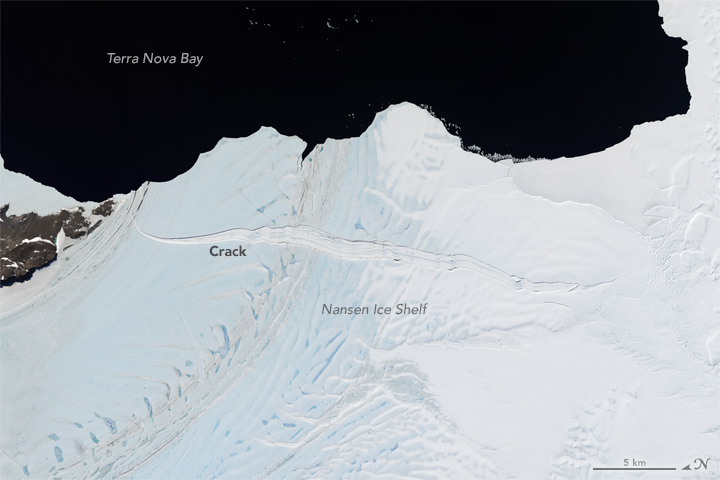 A floating shelf of ice attached to the coast of Antarctica appears ready to shed an iceberg into the Southern Ocean. Over the course of two years, a small crack grew large enough to spread across nearly the entire width of the Nansen Ice Shelf.

Ice shelves line the perimeter of Antarctica and come in all shapes and sizes. Nansen measures about 35 kilometers (20 miles) across and 50 kilometers (30 miles) long. The nearby Drygalski Ice Tongue, just south of Nansen, stretches 80 kilometers (50 miles) into the sea.

These floating shelves are important for holding back the flow of ice from the interior of the continent to the sea. Ice that sloughs from a floating shelf does not raise sea level. But lose part of the ice shelf, and the seaward flow of land ice can accelerate—a phenomenon that contributes to sea level rise. 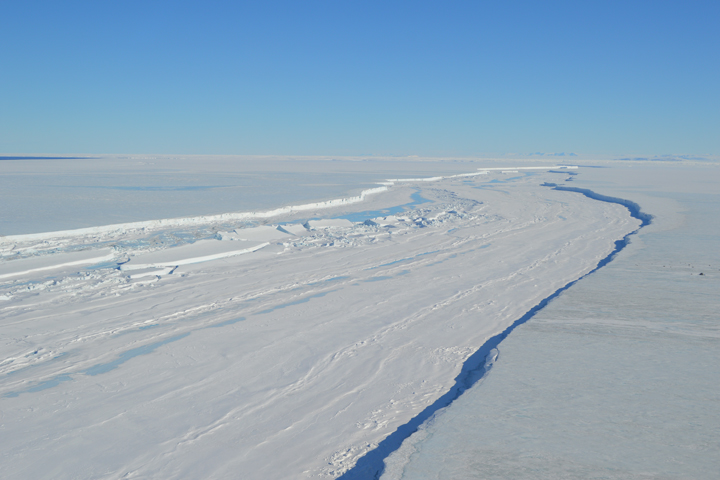 Christine Dow and Ryan Walker, scientists at NASA Goddard, visited the ice shelf in November and December 2015. Their goal was to install GPS stations on the ice shelf to record its subtle flexing due to ocean tides. On December 10, they flew in a helicopter along the crack while looking for sites to install the GPS stations. Dow captured the photograph above during the flight.

“There’s a huge crack, miles long and sometimes over a hundred yards wide, which runs more or less parallel to the front of the ice shelf,” Walker wrote in a blog post at the time. “Over the winter, the sea surface freezes and traps small icebergs in the crack, producing a fascinatingly broken ices cape.”

In early March 2016, with southern winter soon to set in, satellite imagery indicated that the cracking ice front was still attached to the shelf. Even in winter, strong winds can prevent the water beyond the shelf from freezing, so it is unclear whether the front will separate soon or hang on like a loose tooth.

Dow is talking with researchers about examining the crack during the coming summer field season. “I’m really interested to see whether this feature is occurring because of the topography around the ice shelf, or whether it was initially created by surface water flowing into a small ice surface crack,” she said. “We’re planning an intensive survey of this feature in the coming years and will hopefully get a handle on the causes.” 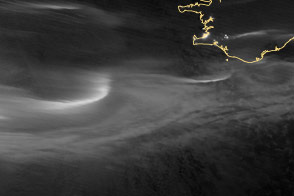 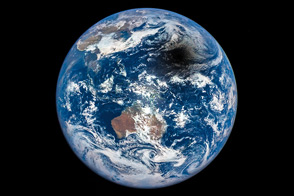 A crack across the Nansen Ice Shelf has broken, shedding two icebergs.