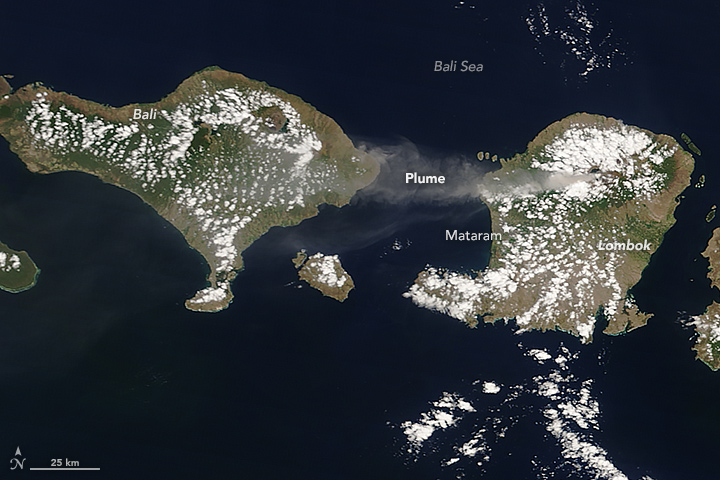 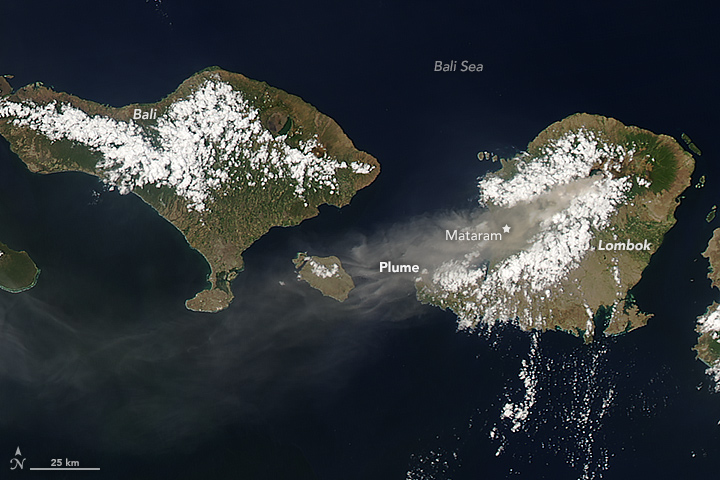 In late October 2015, a 3,726-meter (12,224-foot) volcano on the Indonesian island of Lombok began erupting. In the days that followed, ash from Mount Rinjani blanketed towns and farmland across three Indonesian islands and shut down air traffic to a number of airports.

The Moderate Resolution Imaging Spectroradiometer (MODIS) on NASA’s Terra and Aqua satellites acquired these natural-color images of the plume. Ash drifted westward from Lombok toward Bali and Java. A small segment of eastern Java’s coast is visible to the southwest of Bali.

Aqua MODIS captured the bottom image a day later at 2 p.m. local time (06:00 Universal Time) on November 4. BNPB reported that another eruption that morning had lofted ash to 4.3 kilometers (14,000 feet) above sea level. Winds now carried the plume toward the west and southwest. Turn on the image comparison tool to see the plume change in both magnitude and direction.

By November 4, airports had temporarily closed on all three islands, including Selaparang airport in Mataram. No evacuation measures were in place, but people were advised to stay beyond a 3-kilometer radius of the caldera.