Tropical storm Keith was born on Sept. 29 in the Caribbean, off the east coast of Honduras, and reached hurricane Category 3 intensity (winds in excess of 111 miles per hour) on Oct. 1. Hurricane Keith made landfall on Mexico's Yucatan Peninsula and northeastern Belize on Oct. 2, packing winds as high as 135 miles per hour and a storm surge of up to 6 feet above normal tide levels. Although the storm quickly weakened in intensity to a tropical storm (65 miles per hour), it moved slowly inland and dumped large amounts of rain on the region--exceeding 15 inches in some areas within a 24-hour period. Authorities in the area are warning residents of the potential for flooding and mudslides.

NASA and NOAA satellites captured images of Hurricane Keith on Oct. 2 shortly after it made landfall. The image on the left is a combination of NOAA GOES and NASA QuikScat data superimposed. The white cloud structure was produced using GOES data, while the colored arrows showing wind speed and direction were created using QuikScat data. Red and purple arrows show winds as high as 25 meters per second (56 miles per hour). (Note that QuikScat only measures winds over the ocean; units are given in meters per second.)

The image on the right was created using data from the Microwave Imager (TMI) aboard NASA's Tropical Rainfall Measuring Mission (TRMM). That sensor has the ability to peer within a storm and detect rainfall, seen here as red and green blobs. The red blobs show higher rainfall rates (up to 2 inches per hour), and greens show lower rainfall rates (1 inch per hour).

Scientists are using data from these sensors to study how hurricane form, and grow and diminish in intensity during their lifetimes. For more information, see Hurricanes: The Greatest Storms on Earth. 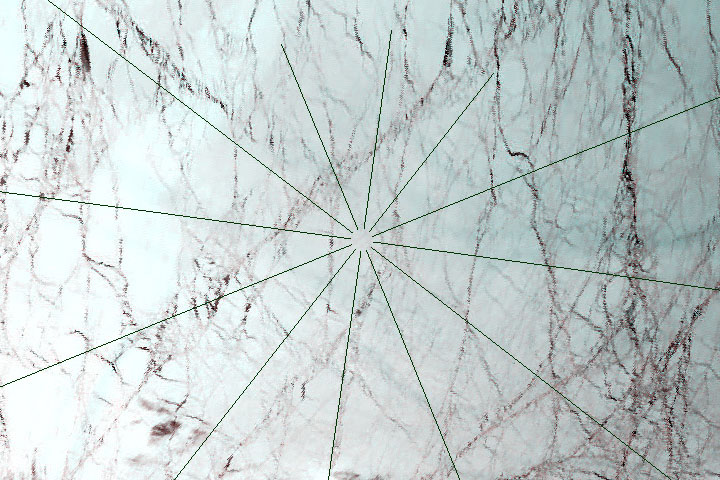