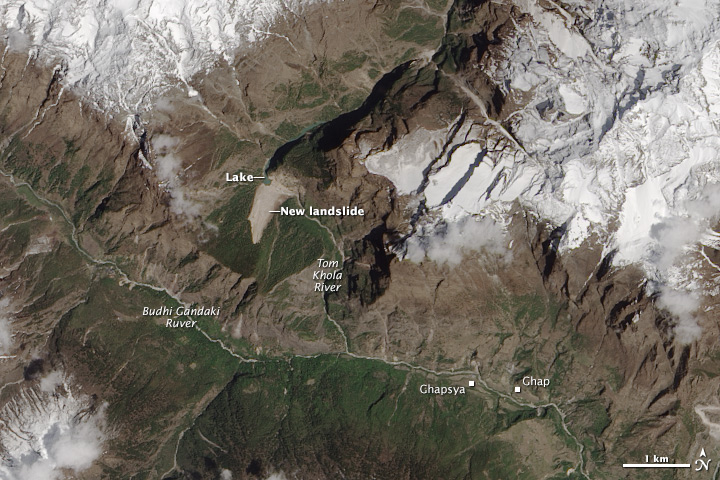 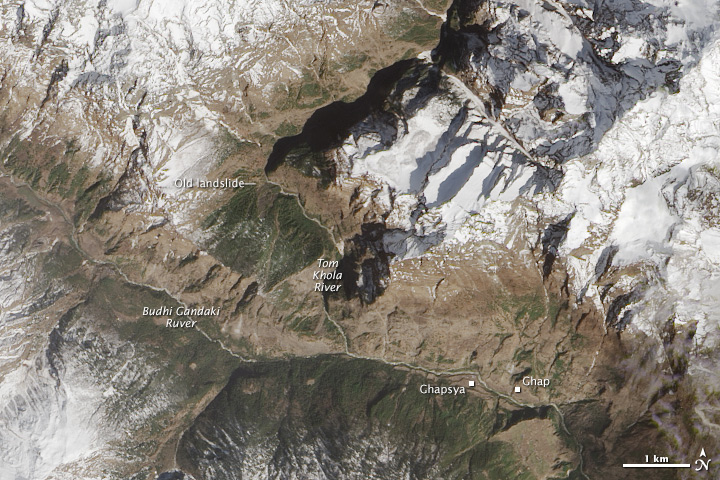 The Gorkha earthquake of April 25, 2015, triggered devastating landslides in the Langtang Valley of Nepal. Avalanches, rockfalls, and landslides also occurred in several other parts of Nepal.

On April 30, 2015, the Operational Land Imager (OLI) on Landsat 8 acquired a natural-color image (top) of a new landslide damming the Tom Khola River in the Manaslu trekking region of Nepal. For comparison, the lower image shows the same area on March 13, 2015.

The landslide is located at 28.559 degrees North, 84.793 degrees East. It appears that the landslide did not harm any villages. However, a new lake is forming behind the natural (landslide) dam and upstream of the villages of Ghapsya and Ghap. While the water may drain slowly, pressure could build up on the dam such that it fails and causes an outburst flood that threatens the villages downstream. Learn more about the landslide here.