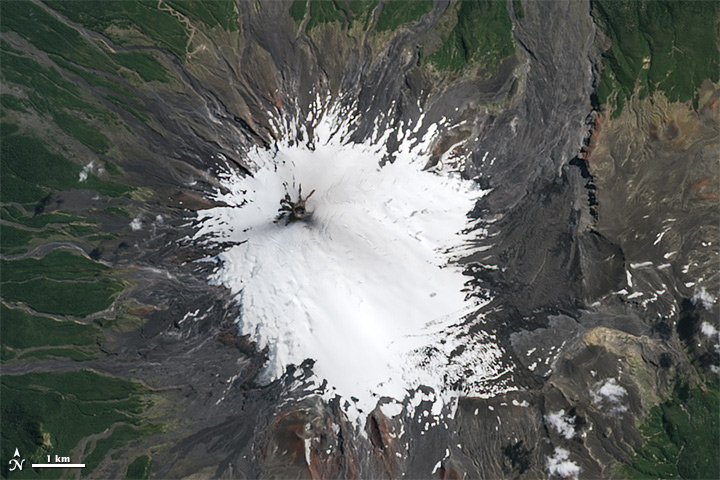 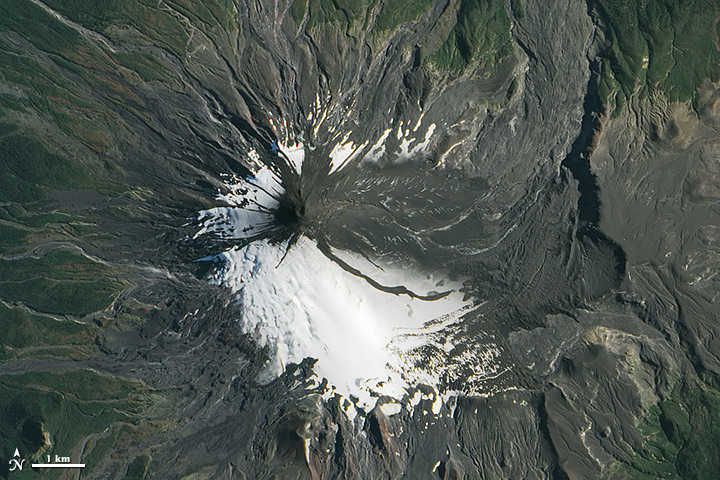 In the predawn hours of March 3, 2015, one of Chile’s most active volcanoes exploded to life. Thousands of people evacuated from within a 10-kilometer (6-mile) radius of Villarrica.

The Operational Land Imager (OLI) on Landsat 8 acquired the top image on February 22, 2015, prior to the main eruption. The Advanced Land Imager (ALI) on the EO-1 satellite captured the second image on March 5. A large volume of volcanic material ejected during the eruption is apparent on the mountain’s eastern side.

Activity at Villarrica had been increasing through much of February, made evident by a rise in seismicity, crater incandescenece, and explosions, according to reports from Chile’s National Geology and Mining Service (SERNAGEOMIN) (posted in English by the Smithsonian Institution’s Global Volcanism Program). A faint layer of ash is apparent on the volcano’s flanks. 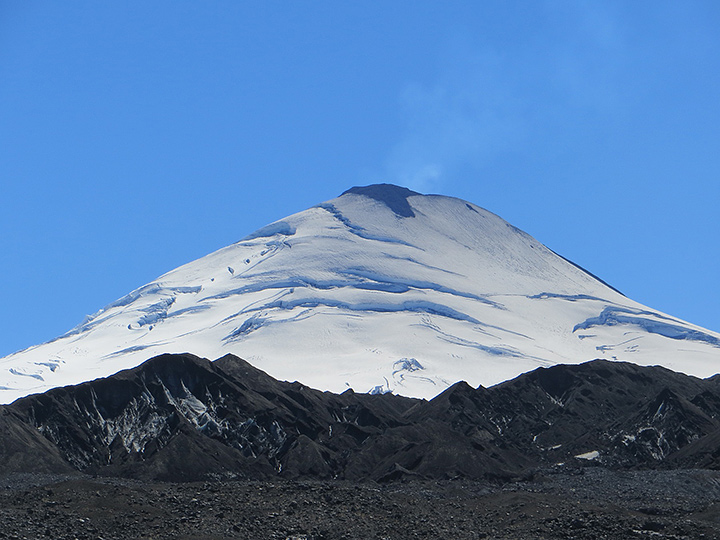 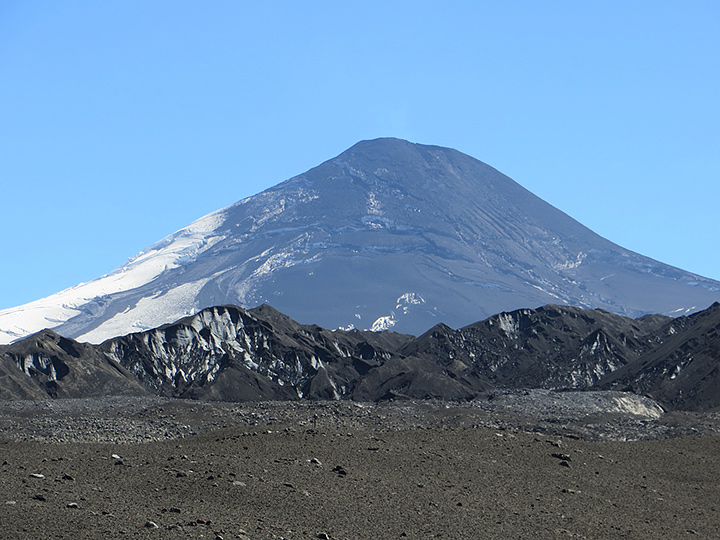 Just prior to the March 3 eruption, geophysicist Jeffrey Johnson and his family prepared to evacuate their home in Pucón, Chile, about 17 kilometers (11 miles) northwest of the volcano. However, the eruption slowed after just 30 minutes. Johnson watched the fire fountain subside and then resumed his work analyzing low-frequency sounds captured by dozens of microphones placed on and near the mountain.

It’s too soon to say what the sounds from the fire fountain and ensuing lahar will reveal. Johnson and students from Boise State are analyzing the data and they continue to monitor the volcano. In the meantime, Johnson provided the photographs above, which show the transformation from unsullied glaciers just before the March 3 eruption (top) to slopes covered with tephra. 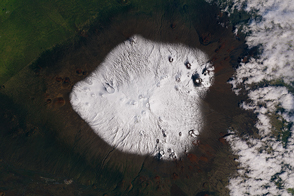 The Villarrica volcano in southern Chile continues to erupt.