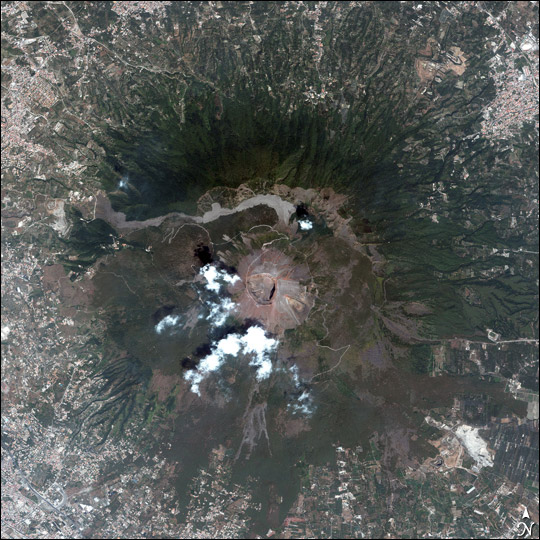 Mount Vesuvius is more dangerous than previously thought, says a new study published in the March 21, 2006, issue of the Proceedings of the National Academy of Sciences. About 3,780 years ago, a massive eruption buried land and villages as far as 25 kilometers northwest of the volcano—a region that today includes the city of Naples, Italy, and has a population of more than three million people. Giuseppe Mastrolorenzo, Pierpaolo Petrone, Lucia Pappalardo, and Michael Sheridan discovered an extensive ash bed stretching away from the volcano over an area much larger than Vesuvius was believed to threaten. Just seven kilometers outside downtown Naples, the researchers found thousands of footprints through the ash bed made by Bronze Age men, women, children, and livestock fleeing the eruption. The researchers found no archeological evidence that people were able to return to the region permanently until 230 years after the eruption.

Current emergency evacuation plans for the region around Mount Vesuvius, including Naples, are based on smaller eruption scenarios, but the researchers recommend that a contingency for a larger eruption be developed. The danger the volcano poses is illustrated in this image, captured by the Quickbird satellite on July 12, 2002. Densely populated communities ring the volcano, particularly on the west side, where Mastrolorenzo and colleagues discovered the extensive ash bed. Naples is northwest of the volcano beyond the edge of the image. Pompeii, the Roman city that was buried in an eruption in AD 79, is southeast of the volcano, near the lower right corner of the image. A grey river of lava from an eruption in 1944 is visible on the northern face of the volcano. Vesuvius tends to have a major eruption like the Bronze-Age eruption and the AD 79 eruption every 2,000 years. 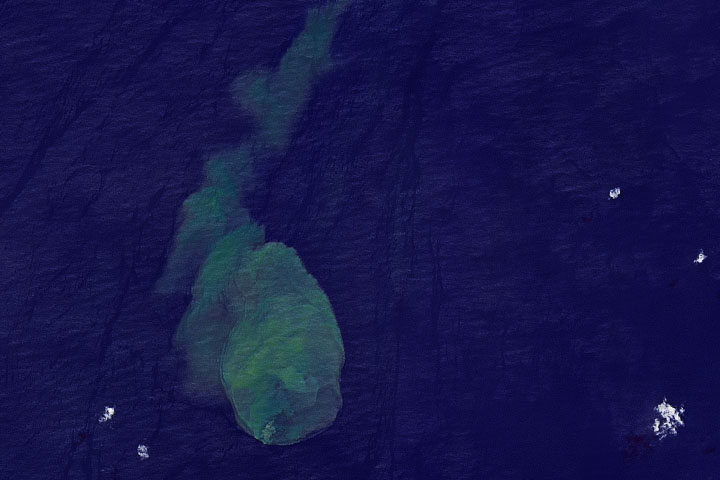