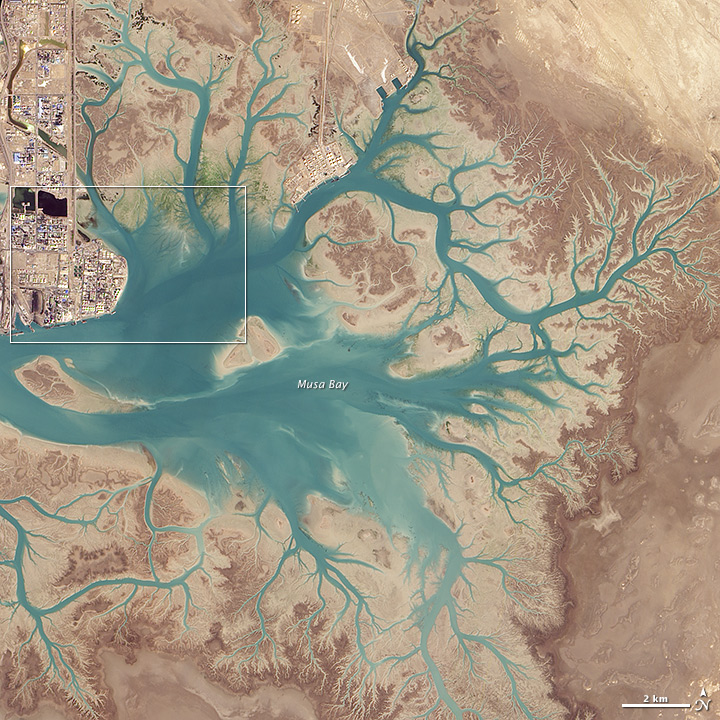 Before draining into the Persian Gulf, several rivers and streams in southern Iran converge into Musa Bay, a shallow estuary with a long history as a port. As far back as 326 B.C.E.,, the Greek navigator Nearchos noted that the area was already a shipping center. Today, it supports Bandar Imam Khomeini, Iran’s busiest port city.

When the Advanced Land Imager on NASA’s EO-1 satellite passed over on January 20, 2015, it captured this striking view of Musa Bay. Notice the dendritic pattern of the waterways. This branching shape, one of the most common patterns formed by watersheds, develops when streams move across relatively flat and uniform rock or over rock that resists erosion. Steeper terrain or terrain with faults or other structural weaknesses form other types of drainage patterns.

While most of the image shows water and land that is relatively untouched by human activity, the inset image below offers a more detailed view of the Bandar Imam Khomeini petrochemical complex, Iran’s largest supplier of petrochemicals to the international market. The refining facilities produce a wide variety of petroleum-based products that are turned into gasoline and other fuels, plastics, fertilizers, and industrial chemicals. While the main port complex lies just out of the scene, several docks are visible. 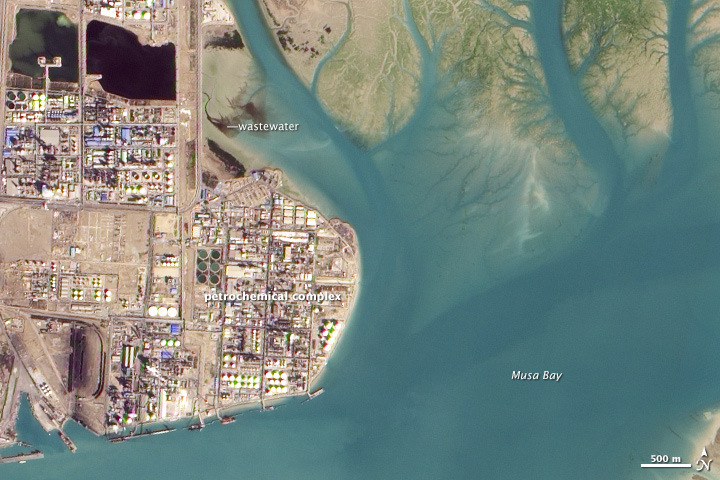 Since several petrochemical facilities release wastewater and oil tankers frequently discharge ballast water, the bay is thought to contain high levels of oil residue, tar balls, and other heavy metals. To quantify pollution levels, several groups of scientists have analyzed sediment collected from Musa Bay for signs of polycyclic aromatic hydrocarbons (PAHs) and other pollutants. Several of these studies detect pollutants at high enough levels that they could affect the ecosystem. However, pollution levels were not found to be abnormally high in comparison to other petrochemical facilities around the world. 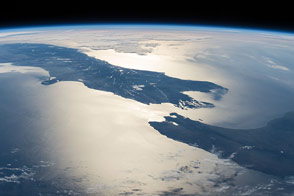 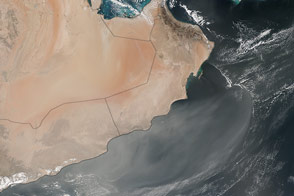