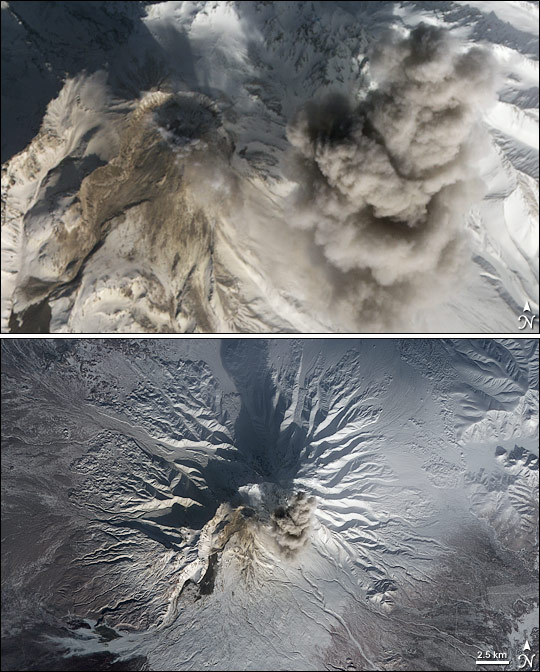 On Sunday morning, February 17, 2008, the skies above Shiveluch Volcano in Russia’s Far East were clear and calm. When the Advanced Spaceborne Thermal Emission and Reflection Radiometer (ASTER) on NASA’s Terra satellite passed overhead, it caught this view of a column of ash from a recent eruption seemingly frozen in the air over the mountain. The southern slopes of the snow-covered volcano were brown with ash. The top image in this pair shows a close-up view of the ash column, which rises over the volcano to the east (right) of the active caldera. The bottom image shows the entire volcano. In this view, the shadow of the ash column looms over the northern flank of the volcano.

Shiveluch (sometimes spelled Sheveluch) is among the largest and most active of the dozens of volcanoes that sit on the Kamchatka Peninsula in Russia’s Far East. The mountain has a rugged and complicated structure. The northern part of the volcano is called “Old Shiveluch,” a stratovolcano that was active in the late Pleistocene Epoch (the Ice Age). In the Holocene Epoch (the modern geological time period), activity shifted toward a more southern summit, called “Young Shiveluch.” The bowl-shaped, shadow-filled feature to the left of the ash column is the crater, or caldera, of Young Shiveluch, where most eruptive activity takes place today.

You can download a 15-meter-resolution KMZ file of the eruption of Shiveluch suitable for use with Google Earth.

On February 17, 2008, the skies above Shiveluch Volcano in Russia’s Far East were clear and calm, allowing the ASTER instrument on NASA&#rsquo;s Terra satellite to catch this view of a column of ash from a recent eruption seemingly frozen in the air over the mountain. The southern slopes of the snow-covered volcano were brown with ash. 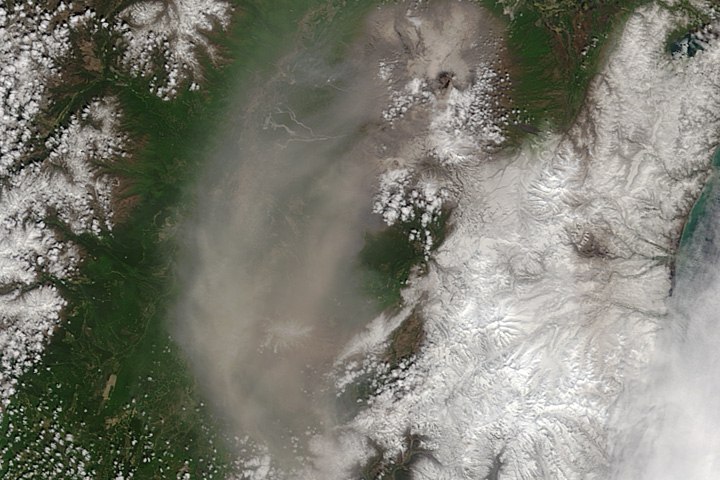 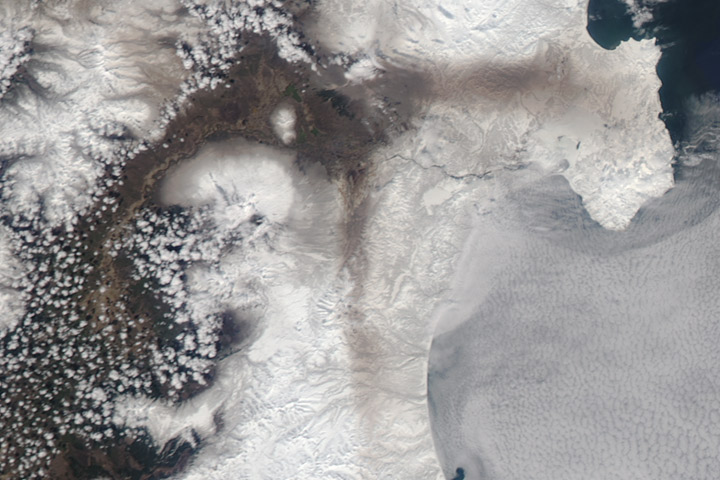 Shiveluch is one of the largest and most active volcanoes on Russia’s Kamchatka Peninsula.