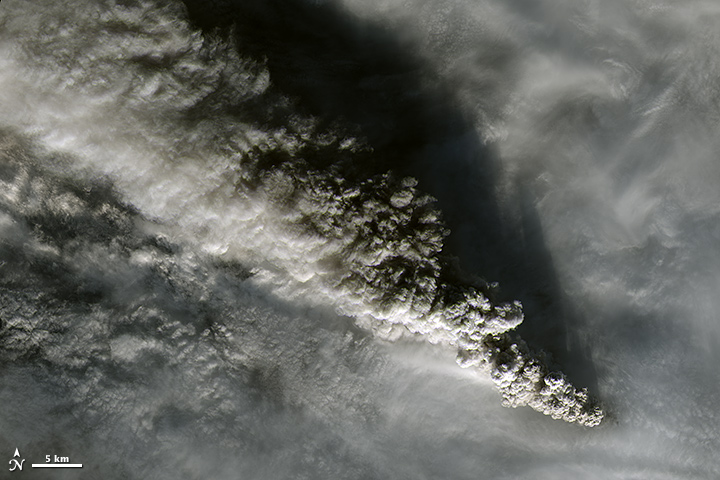 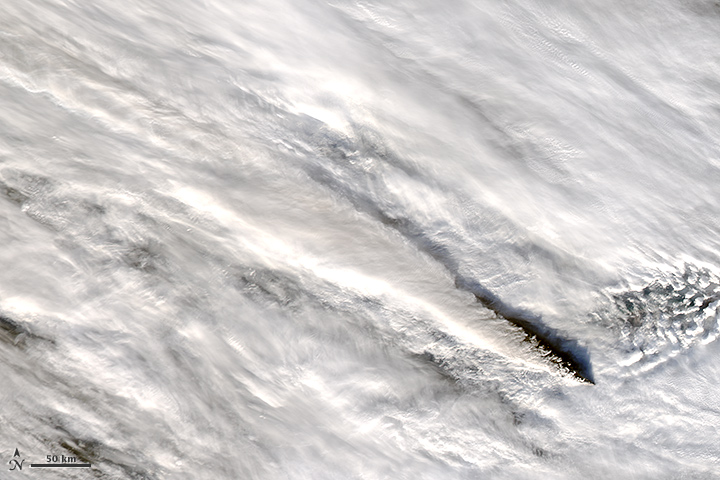 In November 2014, Alaska’s most active volcano rumbled back to life. The Alaska Volcano Observatory first reported increased seismic activity and minor ash eruptions at Pavlof on November 12, 2014. In the following days, lava fountains gushed from a vent north of the summit, and volcanic debris tumbled down the glacier-covered stratovolcano’s north flank.

By November 15, Pavlof was lofting ash plumes to an altitude of 30,000 feet (9 kilometers), high enough to disrupt commercial airline flights. Seismic activity and ash eruptions diminished abruptly on the evening of November 16, but the Alaska Volcano Observatory cautioned that pauses of days to weeks are common during Pavlof’s eruptions. The volcano could spew ash again with little warning.

This natural-color satellite image, acquired by the Operational Land Imager (OLI) on the Landsat 8 satellite, shows Pavlof’s volcanic plume well above the cloud deck on November 15, 2014. On the same day, the Moderate Resolution Imaging Spectroradiometer (MODIS) on NASA’s Aqua satellite captured a broader view of the plume.

Pavlof’s most recent significant eruption occurred in May 2013.