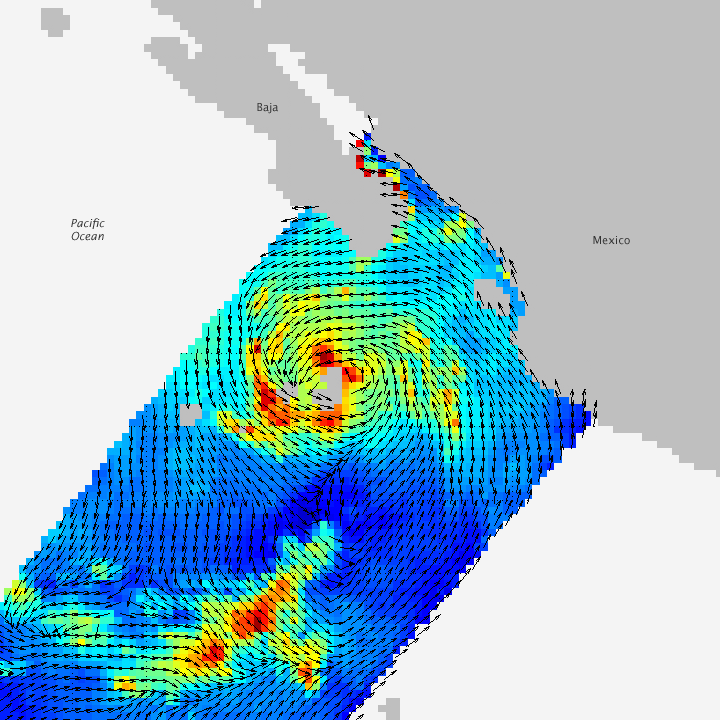 Barely two weeks after its launch and two days after its installation, the International Space Station-Rapid Scatterometer (ISS-RapidScat) captured this view of the wind field around a tropical storm. Built from spare hardware from the QuikScat satellite mission, the new instrument will contribute to global monitoring of ocean winds. The data can be used to improve weather and marine forecasting and climate modeling.

A scatterometer uses radar reflections to calculate ocean surface wind speeds and directions. The instrument sends pulses of high frequency radio waves toward the water surface and observes the reflections as they bounce from different angles. Waters roughened by winds and waves give off more intense signals than calm, flat waters.

ISS-RapidScat was launched into space on September 21 on a SpaceX Dragon spacecraft, and it was unpacked and assembled with the space station’s robotic arm on September 29–30. It was powered up on October 1 to start several weeks of calibration and checkout activities. Right away, nature provided an immediate opportunity in the form of tropical storm (now hurricane) Simon, which has been churning the seas off the west coast of Mexico.

The map above shows preliminary, un-calibrated measurements of wind speed and direction at 7:10 p.m. local time on October 3, 2014 (0210 Universal Time on October 4). Arrows show the direction of winds at the ocean surface, while colors show the estimated speed. (One meter per second equals approximately 2.24 miles per hour.) Light gray areas are ocean, while dark gray is land.

“Most satellite missions require weeks or even months to produce data of the quality that we seem to be getting from the first few days of RapidScat,” said project scientist Ernesto Rodriguez of NASA’s Jet Propulsion Laboratory. “We have been very lucky that within the first days of operations we have already been able to observe a developing tropical cyclone.”

The image below shows Hurricane Simon as it appeared in the late morning on October 5, 2014. The natural-color image was acquired by the Moderate Resolution Imaging Spectroradiometer (MODIS) on NASA's Terra satellite. 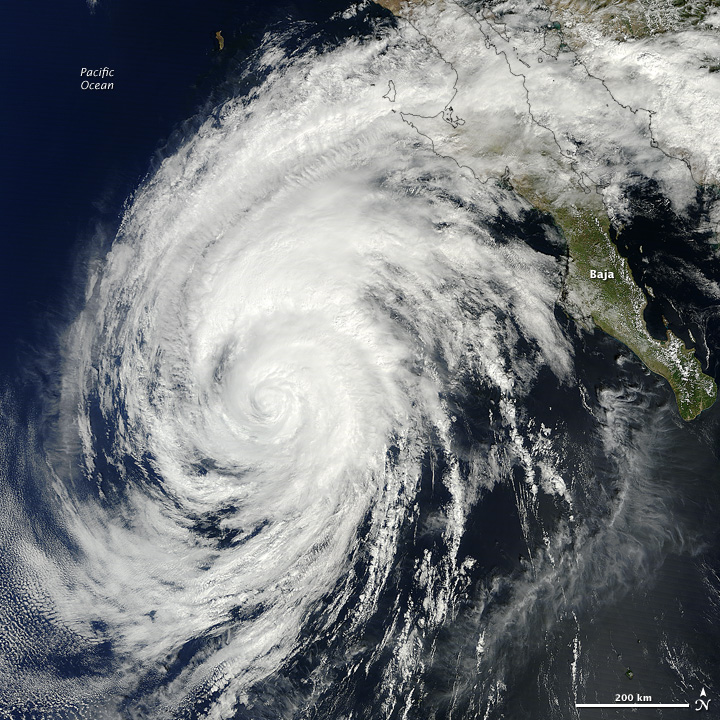 Image by NASA-JPL/Caltech. Caption by Mike Carlowicz, based on reporting from Alan Buis and Whitney Clavin.