Dust and Clouds Dance Over the Sahara 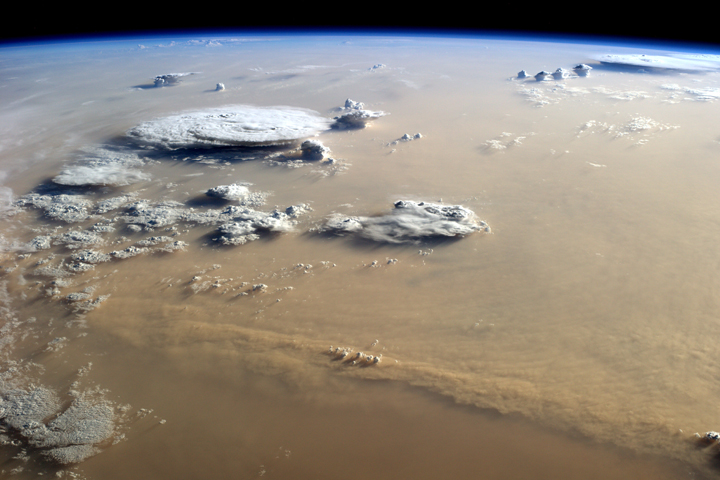 More dust blows out of the Sahara Desert and into the atmosphere than from any other desert in the world, and more than half of the dust deposited in the ocean lifts off from these arid North African lands. Saharan dust influences the fertility of Atlantic waters and soils in the Americas. It blocks or reflects sunlight and affects the formation of clouds. By way of the dry Saharan air layer, dust either promotes or suppresses the development of Atlantic hurricanes, an enigma that scientists are trying to sort out.

In early September 2014, it looked like this sandy landscape had changed places with the sky. The photograph above was taken by astronaut Alex Gerst on September 8, 2014, from the International Space Station. The ISS was over Libya at the time, and Gerst was looking south-southwest over a storm that stretched hundreds of kilometers across the sand seas of the Sahara.

In the photo, winds appear to be coming out of the east or northeast (left), and the sun is setting to the west (right in this image). Billowing cumulus and cumulonimbus clouds suggest that a cold, windy front was moving across the desert, perhaps a haboob. The African land surface was almost completely blocked from view by the thick dust; even the lower portions of some clouds were obscured.

“It's a spectacular image,” said Leo Donner, an atmospheric physicist at NOAA’s Geophysical Fluid Dynamics Laboratory. “What appear to be convective anvils are protruding above a dusty layer, and I’d speculate that the narrower convection cells on which these anvils are resting are obscured by the thick dust. The four small cylinders with tops that look like chess figures [upper right] have structures very much like the idealized plumes we use for cumulus convection in climate models.”

Atmospheric scientist Matt McGill of NASA’s Goddard Space Flight Center is flying one instrument on a robotic plane to study such dust plumes and clouds, and he has another one headed for the ISS later this year. The Cloud-Physics Lidar (CPL) is mounted on NASA’s Global Hawk unmanned drone and has been flying over tropical storms in the Atlantic. CPL is a prototype of the Cloud-Aerosol Transport System (CATS), an instrument package that is soon to be launched to the space station. The goal of both instruments is to better parse not just how much dust and other aerosols are carried in the air, but how abundant they are at various altitudes.

Astronaut photograph ISS040-E-90343 was acquired on September 8, 2014, with a Nikon D3S digital camera using an 80 millimeter lens, and is provided by the ISS Crew Earth Observations Facility and the Earth Science and Remote Sensing Unit, Johnson Space Center. The image was taken by the Expedition 40 crew. It has been cropped and enhanced to improve contrast, and lens artifacts have been removed. The International Space Station Program supports the laboratory as part of the ISS National Lab to help astronauts take pictures of Earth that will be of the greatest value to scientists and the public, and to make those images freely available on the Internet. Additional images taken by astronauts and cosmonauts can be viewed at the NASA/JSC Gateway to Astronaut Photography of Earth. Caption by Mike Carlowicz. Thanks to Ralph Kahn, Leo Donner, Joe Prospero, and Matt McGill for image interpretation.

A massive dust storm filled the skies over Libya in early September 2014. 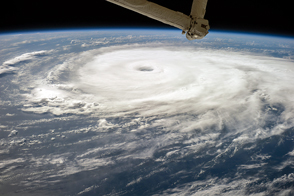 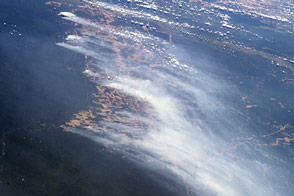