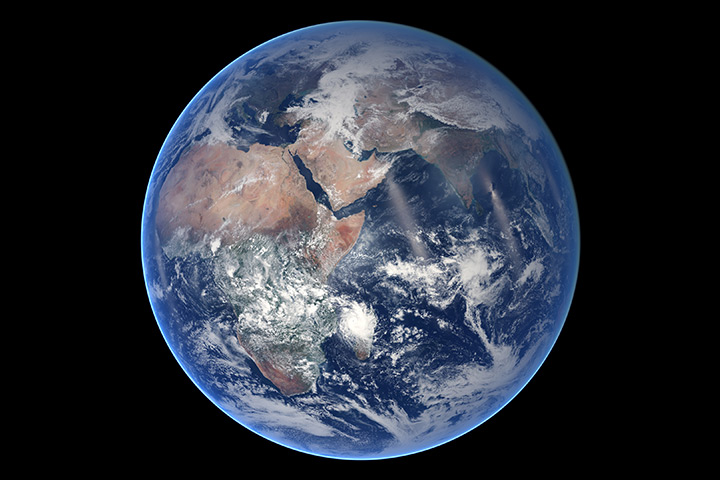 Of all the planets NASA has explored, none have matched the dynamic complexity of our own. Earth is constantly changing, and NASA scientists and engineers are working daily to explore and understand the planet on scales from local to global.

Though Earth science has been a key part of NASA’s mission since the agency was founded in 1958, this year has been one of the peaks. Two new Earth-observing satellites have already been launched and put to work: the Global Precipitation Measurement (GPM) and the Orbiting Carbon Observatory 2 (OCO-2). Three more missions are set to take off in the next six months: the wind-measuring ISS-RapidScat, the ISS Cloud-Aerosol Transport System (CATS), and the Soil Moisture Active Passive (SMAP) satellite. And research planes have been flying over polar ice, hurricanes, boreal forests, and pollution plumes.

All of these new efforts complement an existing fleet of Earth-observing satellites. In visible light and many invisible wavelengths, NASA and its science partners are observing the entire planet every day. The image above was captured on March 30, 2014, by the Visible Infrared Imaging Radiometer Suite (VIIRS) on the Suomi NPP satellite. The composite image of the eastern hemisphere was compiled from eight orbits of the satellite and ten imaging channels, then stitched together to blend the edges of each satellite pass.

The time-lapse video shows the VIIRS composite for the eastern hemisphere from January 18 to July 25, 2014. Subtle changes in the snow and vegetation cover of the land vie for attention with a dynamic, swirling layer of clouds that are constantly present and constantly moving. (You also can download the movie below the large image above.)

“After having the privilege of flying shuttle missions and seeing Earth from the vantage point of space, I’ll never forget observing our fragile planet from above with no visible political borders, only those established by the oceans and mountains and other geography,” NASA Administrator Charles Bolden wrote earlier this year. “It’s a reminder that our planet belongs to everyone, and we each have a responsibility to help protect it. For NASA, that means making Earth science a priority investment. It’s one of the cornerstones of our work.”

2014 is one of the most active years for NASA Earth science in more than a decade. To celebrate and promote those achievements, visit the Earth Right Now page. You can also click here to see more VIIRS daily true-color imagery from one of NASA’s key partners, the National Oceanic and Atmospheric Administration.