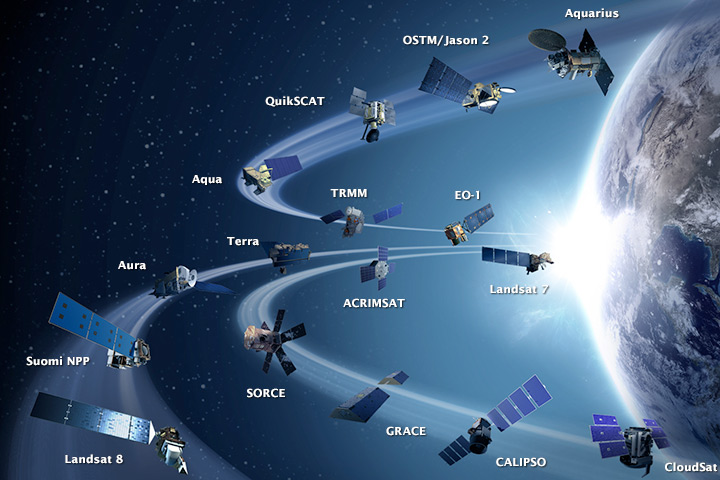 When most people think about NASA, Earth is not the first thing that comes to mind. Ours agency conjures up thoughts of leaving Earth behind, so it is usually Apollo astronauts, the Moon, Mars, and Hubble views of stars and galaxies that people associate most strongly with NASA’s brand.

However, many astronauts have found the view back at Earth is as compelling as anything else they’ve seen. William Anders, the Apollo 8 astronaut who took the influential Earthrise photograph on Christmas Eve 1968, put it well: “We came all this way to explore the Moon, and the most important thing is that we discovered the Earth.”

Nearly a half-century later, studying Earth from space is a critical part of NASA’s mission. There are currently sixteen Earth-observing satellites operating in orbit around our planet. The oldest, the Tropical Rainfall Measuring Mission (TRMM) was launched in 1997; the youngest, Landsat 8, was launched in February 2013. Together the fleet monitors a wide range of environmental phenomenon relevant to climate change, weather prediction, fire monitoring, and the health of vegetation.

NASA administrator Charles Bolden highlighted NASA’s Earth-observing satellites in a blog post published in June 2013. He looked ahead at how the fleet will look in the future.

“Having looked back at Earth from outer space, I have seen just how fragile our home planet is—and I’m committed to doing everything I can to help protect it...Earth Science is a strong priority of the President’s fiscal year 2014 budget request for NASA. The budget supports seven new Earth Science missions on course to launch through 2020 after the launch of four new Earth science missions in 2014—the Global Precipitation Mission (GPM), Orbiting Carbon Observatory-2 (OCO-2), Soil Moisture Active Passive (SMAP), and the Stratospheric Aerosol and Gas Experiment III (SAGE III) instrument to be launched to the International Space Station.

These cover a wide spectrum of Earth observations and join NASA’s seventeen* Earth science missions in space observing our planet’s atmosphere and oceans, its climate, weather patterns, and much more. The data we collect helps us understand our planet as a dynamic, unified system.”

You can read more about our Earth-observing missions by visiting the website of NASA’s Earth Observing System or through the mission list on NASA.gov. 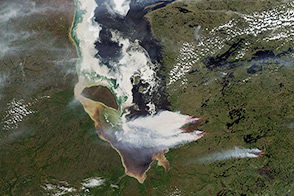