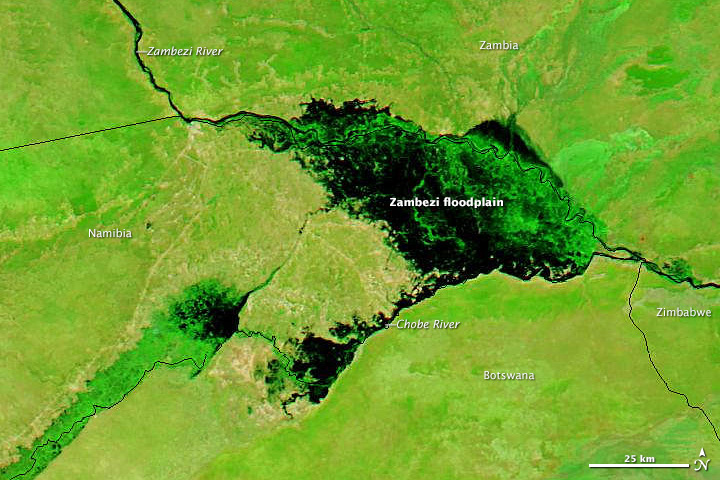 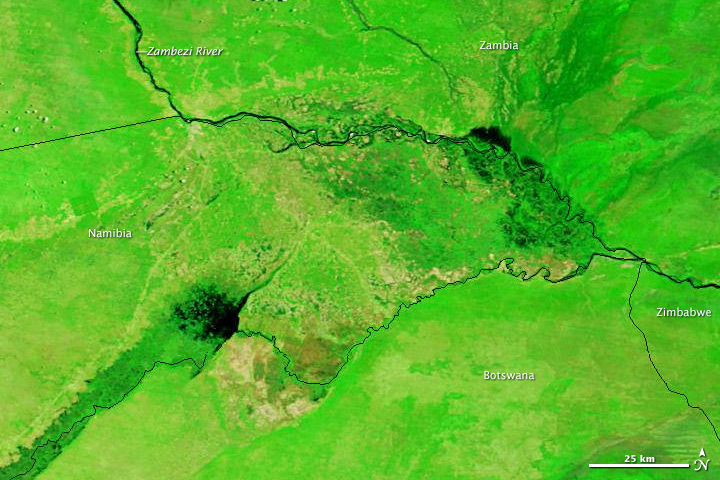 Every fall, Africa’s Zambezi and Chobe rivers swell with seasonal rain, causing the rivers to overflow into broad floodplains. This year was no exception. When the Moderate Resolution Imaging Spectroradiometer (MODIS) on the Aqua satellite passed Namibia’s Zambezi Region on May 13, 2014, it captured imagery showing widespread flooding.

In this false-color image, which was made with both infrared and visible light, floodwater appears black. Vegetation is bright green, and bare ground is brown. For comparison, the lower image shows the same area on February 21, 2014. Floodwater swamped a few villages, forced evacuations, and closed schools. But, overall, damage caused by flooding in 2014 was less severe than in previous years, according to media reports.

Satellites can be useful for monitoring floods in this remote region. The European Space Agency recently launched a satellite with a radar that Namibian authorities used to monitor this year’s flooding. Meanwhile, the Dartmouth Flood Observatory calculates the magnitude of flooding at sites along both the Zambezi and Chobe rivers based on data from NASA satellites. The Namibia Flood Dashboard is an online portal developed by NASA and the Open Cloud Consortium that includes multiple layers of satellite data that can be used to monitor and forecast flooding events.

For more information about the geology that defines the floodplain, read this story. 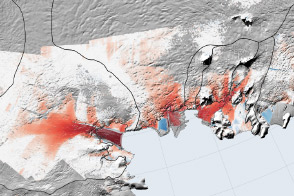