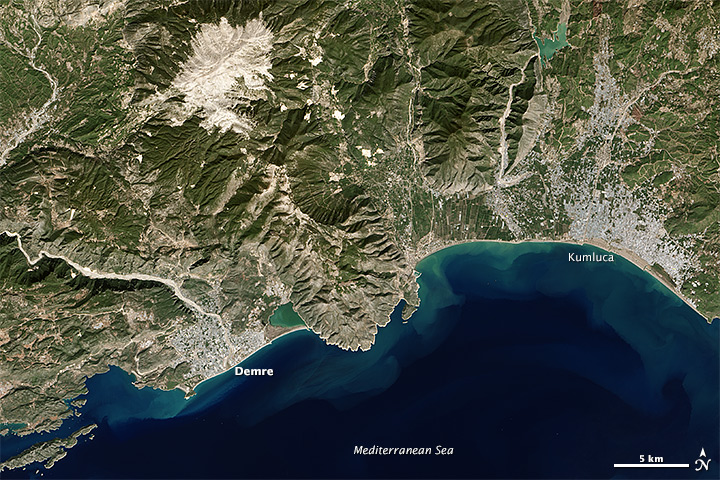 With a Mediterranean climate and stands of palm and orange trees, Demre does not fit the definition of a snowy winter wonderland. Yet this Turkish coastal town is tied to one of the most famous of winter heroes: Saint Nicholas.

Demre has had several names in its history; most recently it was named Kale (until 2005). In the 4th century, this area of Asia Minor was known as Myra, and it was there that a Greek-born bishop of the Christian church built a reputation for secret gift-giving that has since evolved into the modern conceptions of Santa Claus, Pere Noel, Father Christmas, and other figures.

The Operational Land Imager on the Landsat 8 satellite acquired this image of the southwest Turkish coast on October 20, 2013. The river Demre cuts through the city, while the Taurus Mountains stand to the north and east. The town of Kumluca meets the coast east of the mountains. 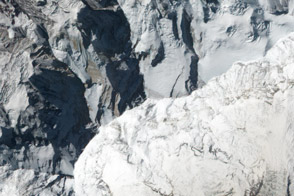 Of Mountains and Moisture

The Dinaric Alps along the coast of Croatia lead to some compelling wind and cloud patterns.