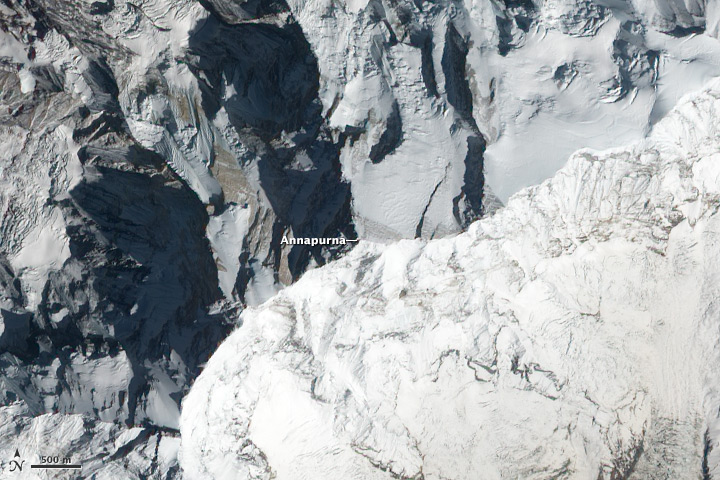 On June 3, 1950, the French climbers Maurice Herzog and Louis Lachenal reached the summit of Annapurna, making it the first eight-thousand meter peak ever successfully climbed. There are 14 “eight-thousanders” in all, a number that pushes some climbers to the point of obsession. It’s big enough that only the most ambitious consider climbing all of them, but small enough that doing so over a lifetime still seems possible.

Herzog and Lachenal first attempted Annapurna’s northwest face—they called it the cauliflower face (shown in shadow in the image above)—then switched over to the avalanche-prone north face when they realized the northwest face was too rugged for their porters. The extremely steep south face, a wall of rock that rises 3,000 meters (9,800 feet), is said to be one of the most difficult climbs in the world.

Annapurna is the only 8,000 meter-peak to be conquered on the first try—and Herzog and Lachenal did it without bottled oxygen. However, the feat came with a high price. Since they wore only thin, leather boots up to the summit, the expedition’s doctor had to amputate all of Herzog and Lachenal’s toes after extreme frostbite and then gangrene set in during the descent. Herzog lost all of his fingers as well. Lachenal had asked Herzog during the summit climb: “Do you think it is worth it?”

The rocks that make up Annapurna’s summit—limestone formed at the bottom of a warm ocean—are a reminder of the powerful tectonic forces that pushed up the world’s highest mountains. Other eight-thousanders with limestone near the summits include Everest and Dhaulagiri. 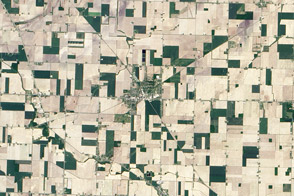