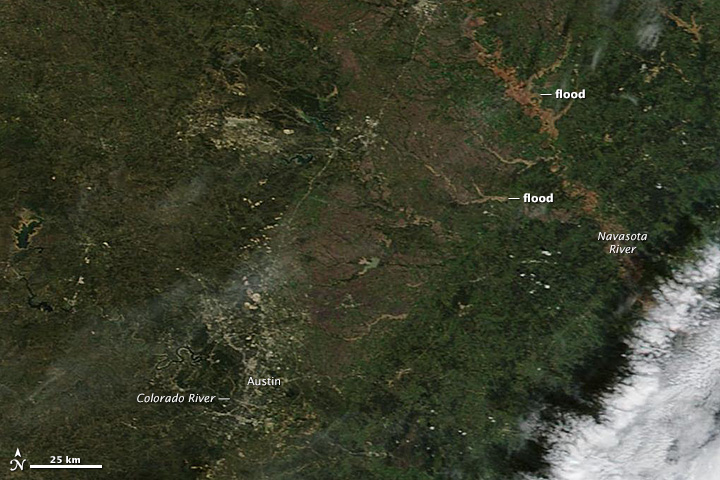 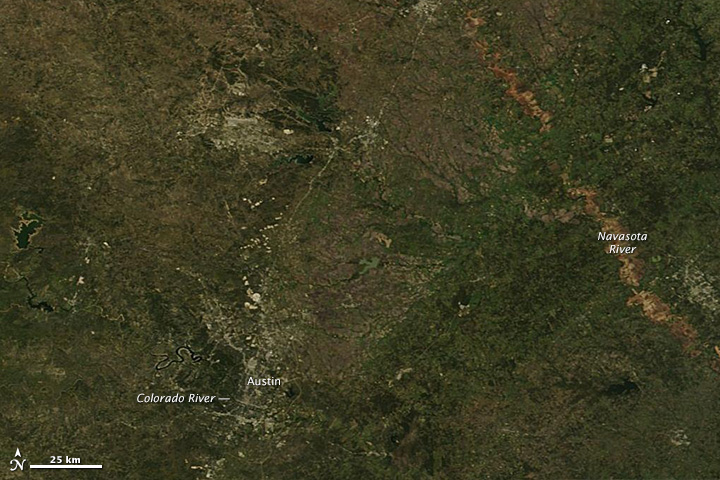 A large storm system brought more than a foot of rain to parts of central Texas on October 30–31, 2013. Up to 14 inches (36 centimeters) of rain fell near Austin, according to the National Weather Service. The rain triggered flash floods that left two people dead, forced evacuations, and closed roads.

The clouds had largely cleared by 12:35 p.m. when the Moderate Resolution Imaging Spectroradiometer (MODIS) on the Terra satellite acquired the top natural color image. Normally black or dark blue, rivers and reservoirs were muddy brown and green from runoff in the October 31 image. The Navasota River and several of the waterways around it are noticeably swollen compared to October 30, 2012, the lower image.

As of 11 a.m. on November 1, the National Weather Service warned of major or record flooding on many central Texas rivers, including the Navasota River near Easterly and on the Colorado River near Bastrop. The Colorado River reached 28.13 feet (8.57 meters) and was forecast to peak at 30.2 feet (9.2 m) later in the day, a level that would force evacuations. Flood stage is 23 feet (7 m).