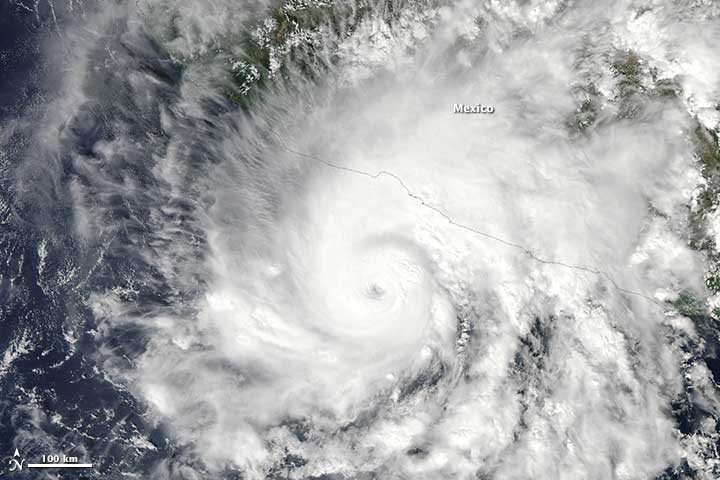 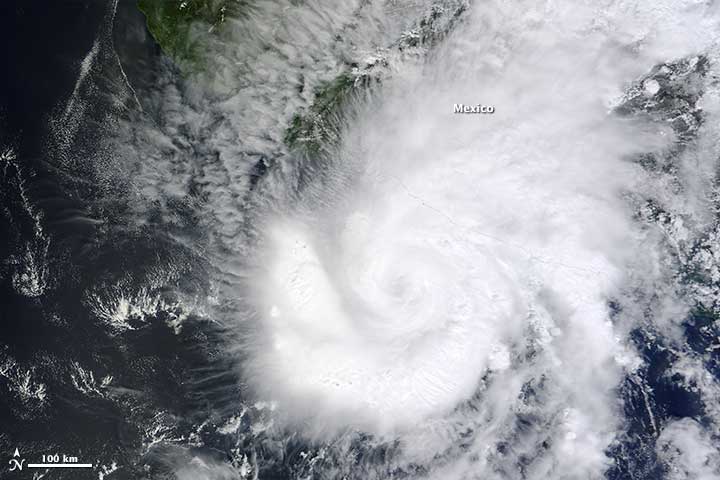 While the United States has so far escaped a major hit in the 2013 hurricane season, its southern neighbor has not been so lucky. Six storms have made landfall in Mexico, and the season is not over yet.

Hurricane Raymond became the first major hurricane of 2013 in either the Atlantic or Pacific basin when it reached category 3 status on October 21. That day the Moderate Resolution Imaging Spectroradiometer (MODIS) on NASA’s Aqua satellite acquired the top image at 3:10 p.m. The storm had sustained winds near 195 kilometers (120 miles) per hour.

The lower image, from the MODIS instrument on the Terra satellite, shows the storm nearly a day later, at 12:50 p.m. on October 22. Raymond had winds of 150 kilometers (90 miles) per hour, making it a category 1 storm. Its eye had clearly degraded, and the storm had lost some of its compact shape.

Raymond never came ashore, but it did pose a threat to flood-weary Acapulco and nearby communities. From the time the storm formed on October 19 until it began to move west on October 23, Raymond moved slowly and erratically. Viewing the two images in the comparison slider reveals how little the storm moved in 24 hours. The animation below shows the storm’s full evolution from October 18 through October 23, as observed by the GOES West satellite.

Raymond was the 17th named storm in the eastern Pacific in 2013. The basin averages 15 named storms per year.