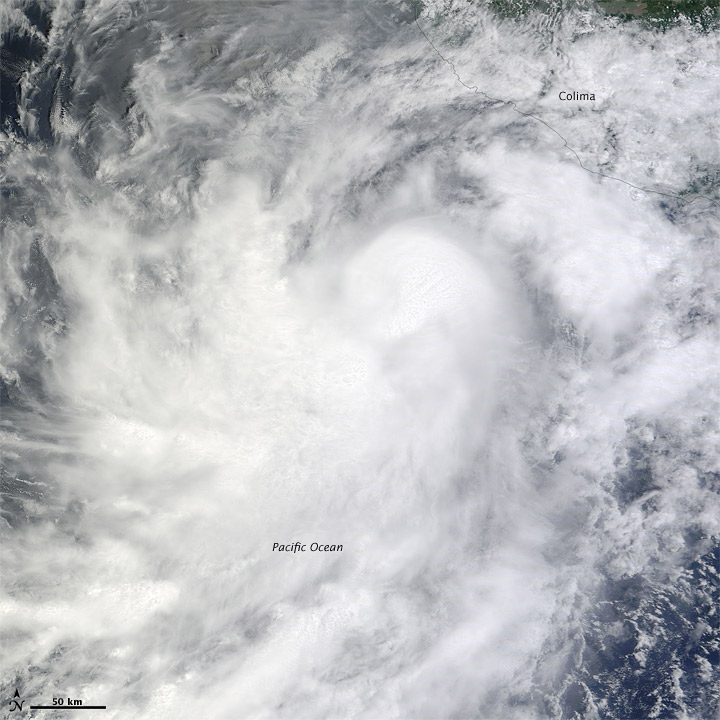 On August 21, 2010, a tropical depression formed in the eastern Pacific Ocean, not far from the coast of Mexico. The next day, the storm strengthened into Tropical Storm Frank. On August 25, Frank strengthened into a hurricane. At 8:00 a.m. PDT on August 26, 2010, the U.S. National Hurricane Center (NHC) reported that Frank had maximum sustained winds of 85 miles (140 kilometers) per hour, and the center of the storm was roughly 380 miles (615 kilometers) south of the southern tip of Baja California.

The Moderate Resolution Imaging Spectroradiometer (MODIS) on NASA’s Terra satellite captured this natural-color image of Hurricane Frank on August 25, 2010. Although lacking a distinct eye, the storm throws out spiral arms spanning hundreds of kilometers. The storm skirts the Mexican coast, and cloud cover extends over the city of Colima.

Although Frank packed hurricane-force winds, the storm was expected to keep moving westward, and posed no hazards to land, according to the NHC. 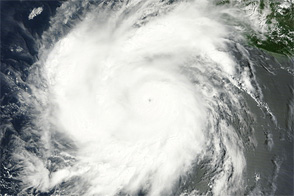