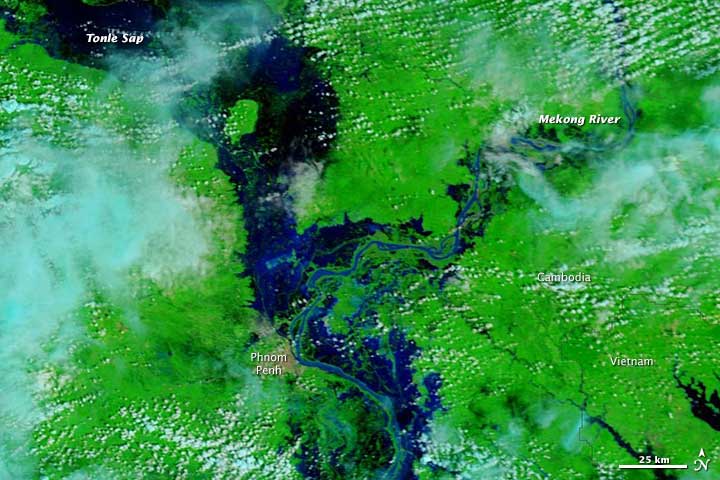 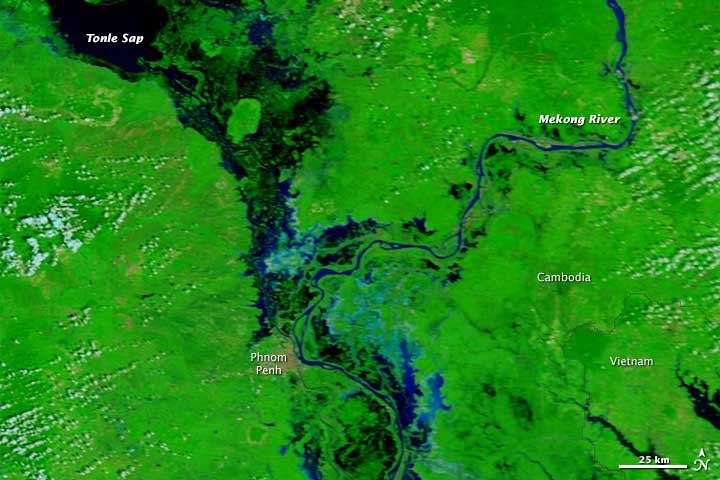 Every year, summer monsoon rains fill the Mekong River until the lower reach bursts its banks and spills across the flood plain. Local communities rely on the seasonal flood to bring water to rice paddies and spread fertile sediment across the land. In 2013, however, the floods were more extensive than usual. Heavy rains in September and October brought damaging floods to central and southern Cambodia. The floods destroyed crops, roads, and buildings and claimed at least 152 lives.

These images from the Moderate Resolution Imaging Spectroradiometer (MODIS) on NASA’s Terra satellite contrast seasonal floods on the Mekong in 2012 to exceptional floods in 2013. MODIS acquired the top image on October 21, 2013, and the lower image on October 25, 2012.

The images are false-color, made with infrared and visible light. Water is black and blue, clouds are light blue and white, and plant-covered land is green. Cambodia’s capital city, Phnom Penh, is tan. The images show extensive flooding along the Mekong and the Tonle Sap. The large, downloadable image provides a wider view and shows additional flooding around the Tonle Sap.

Seasonal monsoon rains and tropical cyclones combined to cause flooding throughout Southeast Asia in 2013. 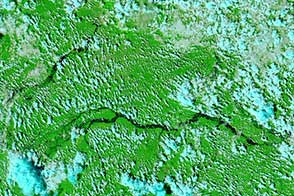