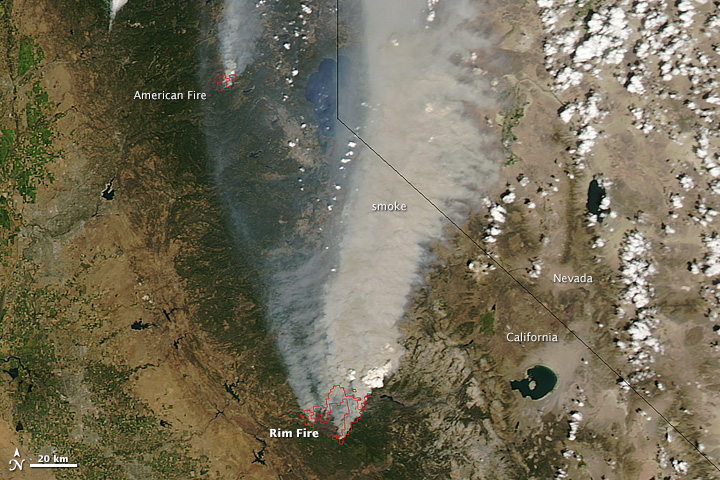 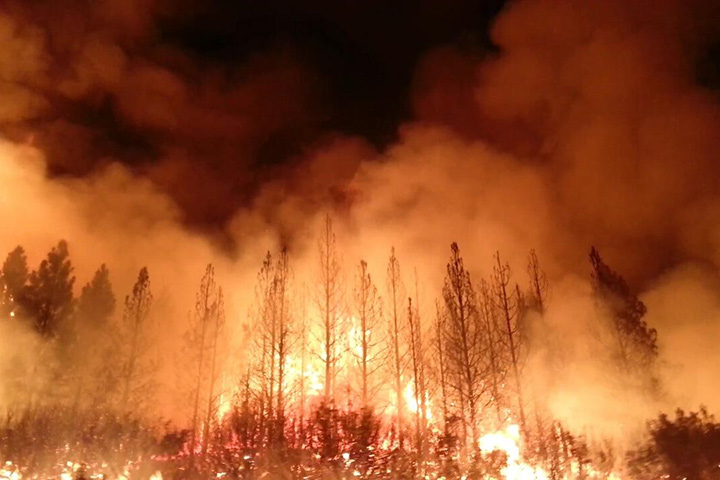 Red outlines indicate hot spots where MODIS detected unusually warm surface temperatures associated with fires. Winds blew a thick smoke plume toward the northeast. A smaller fire—American fire—burned to the north. The lower image is a photograph that shows the fire burning at night on August 21.

Started on August 17, 2013, the fast-moving fire had already charred more than 100,000 acres (40,000 hectares) by August 23, despite the efforts of more than 2,000 firefighters. Hundreds of people were forced to evacuate their homes, and roads in the area were closed. As of August 23, no structures had been reported destroyed, but the fire threatened the towns of Groveland and Pine Mountain Lake.

By late August, wildfires had burned 3.4 million acres in the United States, making 2013 somewhat less active than other recent years. Over the last decade, fires charred 5.7 million acres on average by August 22, according to statistics published the National Interagency Fire Center. 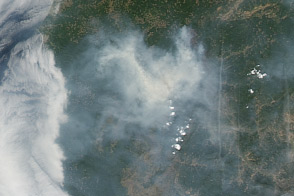 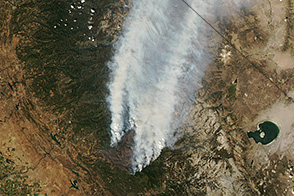