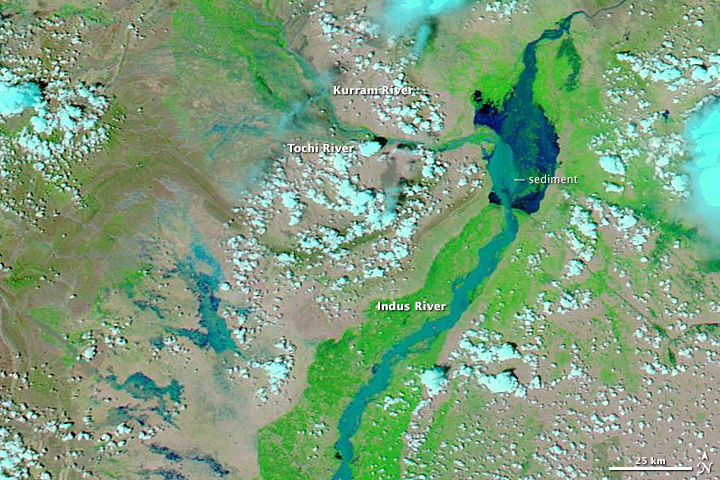 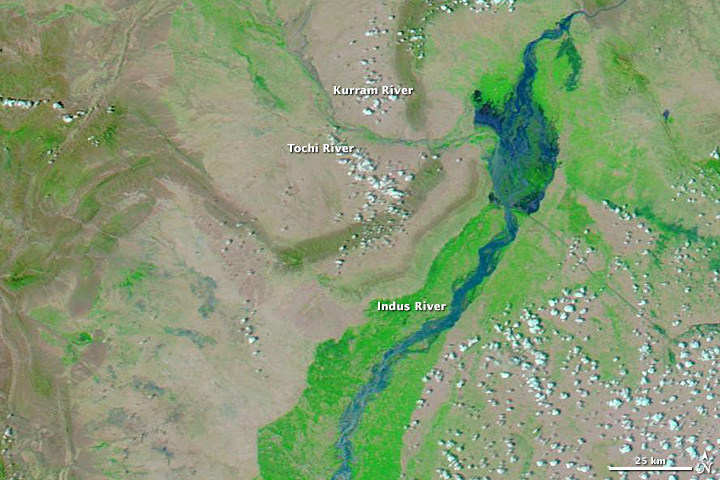 After a slow July, Pakistan’s monsoon severely intensified in early August. Rains triggered flash floods from northern Pakistan to the southern city of Karachi, leaving 58 people dead, according to the Government of Pakistan.

The clouds cleared on August 5, 2013, when the Moderate Resolution Imaging Spectroradiometer (MODIS) on NASA’s Aqua satellite acquired the top image. The false-color image is made from near-infrared, shortwave-infrared, and red light. In this type of image, water is black or dark blue. Sediment-laden water or muddy ground is pale blue. Clouds are turquoise; plant-covered land is green; and bare earth is tan-pink.

The lower image, taken on July 28, 2013, shows conditions before the most recent rains. The contrast reveals extensive flooding on the Kurram and Tochi River systems, which pour a cloud of sediment into the Indus River. Widespread floods also color the land east of the Indus River. Though these areas were among many experiencing flooding, the situation was nowhere near as severe as the disaster in 2010.

Pakistan’s monsoon typically occurs in July and August. Until the recent outbreak, the monsoon had been weak, with rainfall 55 percent below normal. Weather forecasters expect one or two more intense storms in August.

The 2013 summer monsoon triggered floods across India, Myanmar, and Thailand. 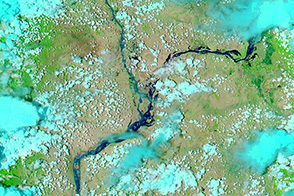