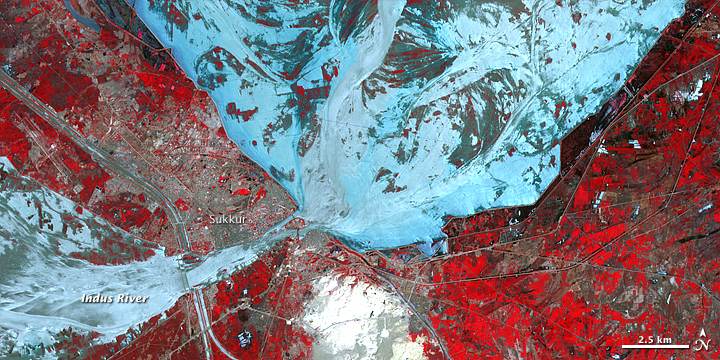 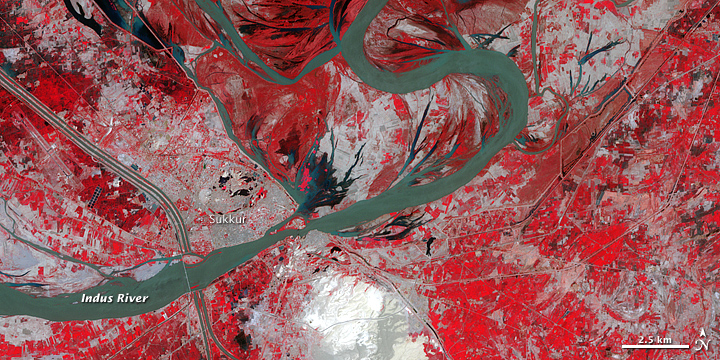 The Indus River at Sukkur was at exceptionally high levels on August 18, 2010, when the Advanced Spaceborne Thermal Emission and Reflection Radiometer (ASTER) on NASA’s Terra satellite captured the top false-color image. The lower image shows the Sukkur region on August 13, 2001. Water ranges from dark blue to silvery blue, and plant-covered land is red in the false-color image.

Sukkur is the hub of a crucial irrigation network that brings water to farms throughout the Sindh province. The dark blue canals surround the white-gray city of Sukkur in both images. In the top image, the Indus River extends over its banks across many kilometers. Near the city, the river seems to be held in check by the canals and associated structures.