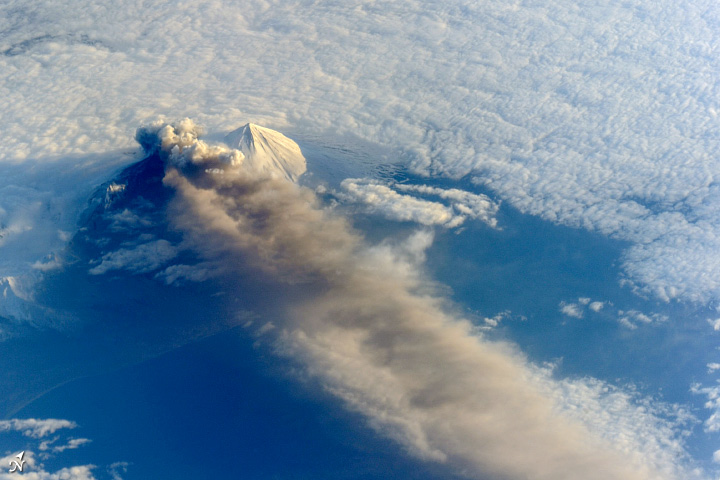 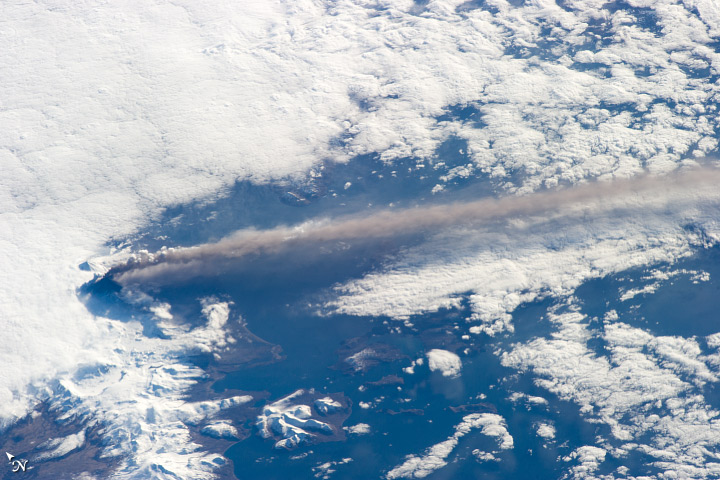 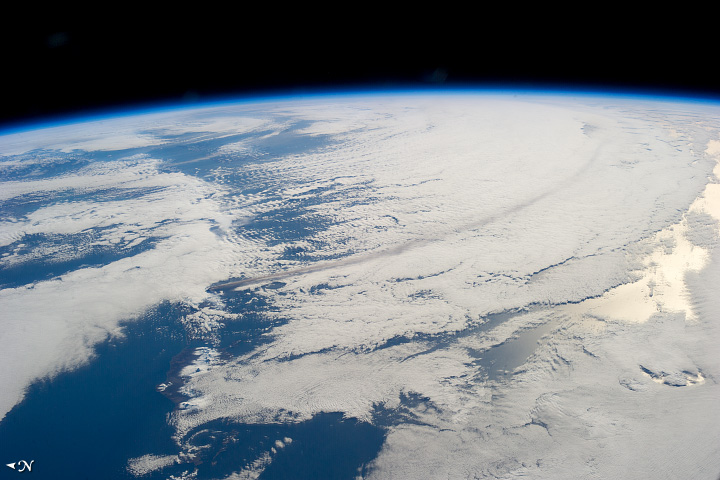 Astronauts aboard the International Space Station (ISS) photographed these striking views of Pavlof Volcano on May 18, 2013. The oblique perspective from the ISS reveals the three dimensional structure of the ash plume, which is often obscured by the top-down view of most remote sensing satellites.

Situated in the Aleutian Arc about 625 miles (1,000 kilometers) southwest of Anchorage, Pavlof began erupting on May 13, 2013. The volcano jetted lava into the air and spewed an ash cloud 20,000 feet (6,000 meters) high. When photograph ISS036-E-2105 (top) was taken, the space station was about 475 miles south-southeast of the volcano (49.1° North latitude, 157.4° West longitude). The volcanic plume extended southeastward over the North Pacific Ocean.

Astronaut photographs ISS036-E-2105, ISS036-E-2464, and ISS036-E-2780 were acquired on May 18, 2013, with a Nikon D3S digital camera using 800, 400, and 50 millimeter lenses, respectively. The photographs are provided by the ISS Crew Earth Observations experiment and Image Science & Analysis Laboratory, Johnson Space Center. The image was taken by the Expedition 36 crew. They have been cropped and enhanced to improve contrast, and lens artifacts have been removed. The International Space Station Program supports the laboratory as part of the ISS National Lab to help astronauts take pictures of Earth that will be of the greatest value to scientists and the public, and to make those images freely available on the Internet. Additional images taken by astronauts and cosmonauts can be viewed at the NASA/JSC Gateway to Astronaut Photography of Earth. Caption by Robert Simmon, NASA Earth Observatory, and G. M. Gentry, DB Consulting Group at NASA-JSC.