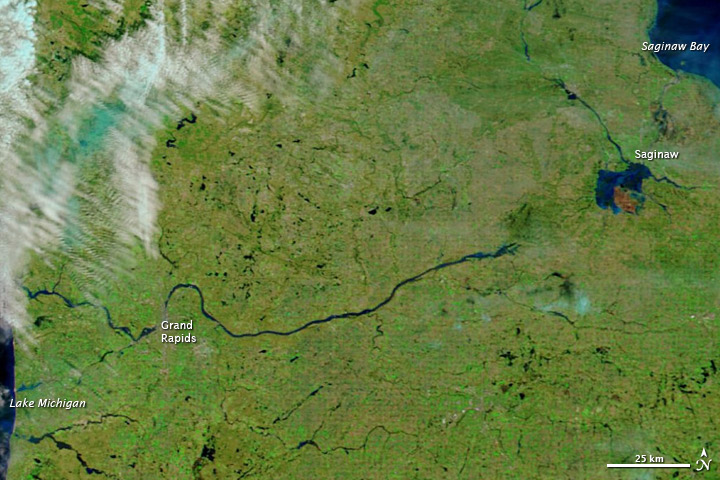 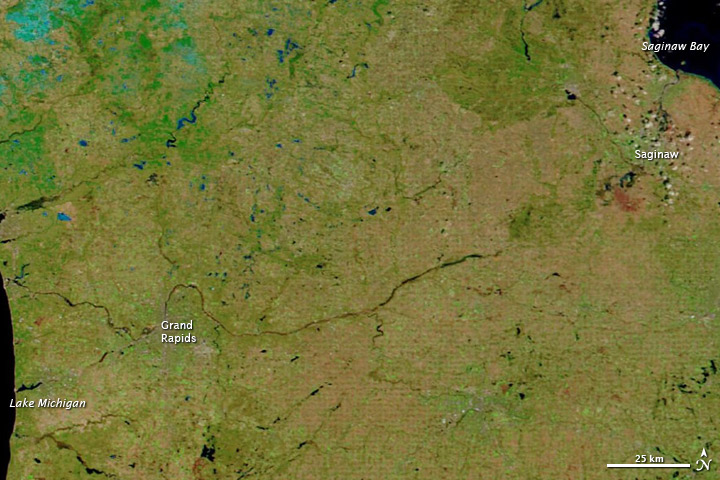 The Moderate Resolution Imaging Spectroradiometer (MODIS) on NASA’s Terra satellite observed flooding on April 21, 2013 (top image). For comparison, the bottom image shows relatively normal conditions on April 5, 2013. These images use a combination of infrared and visible light to increase the contrast between water and land. Water ranges in color from electric blue to navy; vegetation is bright green; bare ground appears in shades of red-brown. Clouds vary from white to pale blue-green, and some cast shadows.

On April 21, the Grand River was swollen both east and west of Grand Rapids, but some of the most obvious flooding occurred around Saginaw. On April 23, MLive reported: “The rain finally stopped, the sun started to shine, and the water actually started to recede. But it may take several days for the water to make its way through Saginaw County so roads can reopen, basements can dry, and farmers can plant their fields.” The Saginaw River was expected to remain above flood stage until April 28.

Compared to earlier in the month, the image from April 21 shows a greater degree of greenness. This is likely spring vegetation growth across the state.