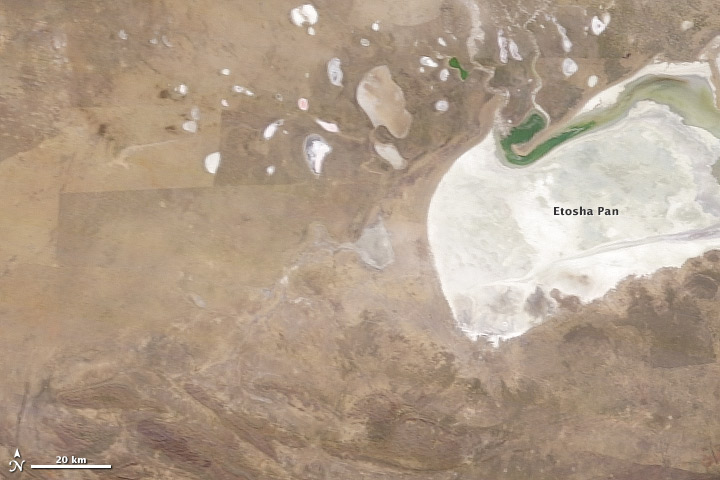 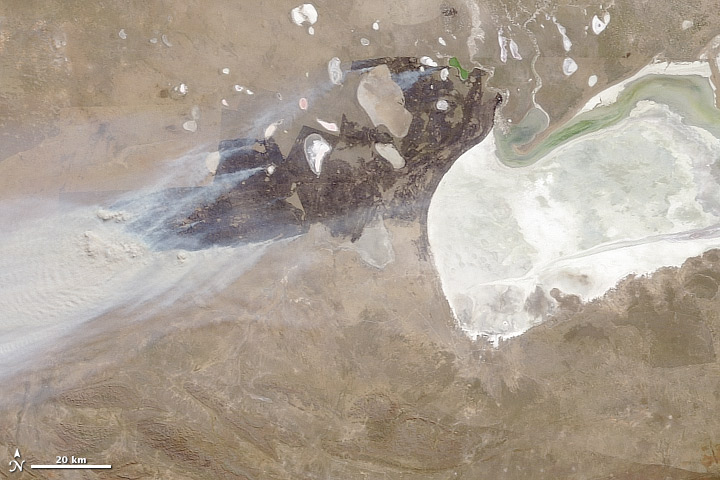 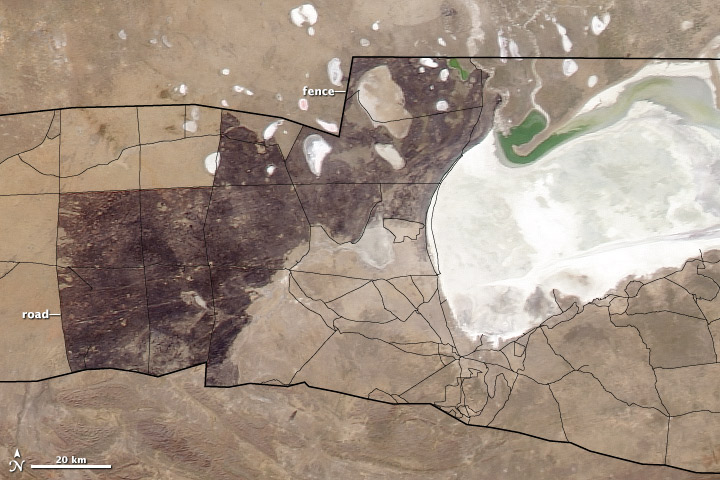 Today’s caption is a preview of our new image series World of Change: Managing Fire in Etosha National Park.

Etosha Pan is an old, salt-encrusted lake bottom in northwestern Namibia. The region is best known for Etosha National Park, a wildlife preserve that is home to substantial populations of rhinos, elephants, lions, and other large mammals.

Before human intervention, Etosha National Park’s savannas and mopane woodlands would burn about once per decade. But in the decades following the park’s establishment in 1907, fires were extinguish as quickly as possible because they were considered harmful to savanna ecosystems. During recent decades, fire management at Etosha National Park has evolved. With evidence piling up showing savannas need occasional fire to keep the overall ecosystem healthy, park managers started using fire as a management tool in 1981.

The Moderate Resolution Imaging Spectroradiometer (MODIS) on NASA’s Terra satellite observed a managed burn in the park that began on June 5, 2012. The top image shows the area before the fire was intentionally set by park managers. The fire spread gradually north and west for a few days before winds picked up considerably on June 10 (middle image) and sent the blaze raging out of control through the grasses and trees of the savanna. As it spread westward, Namibian authorities decided that the fire had grown so large that they should fight it. Within a week, it was extinguished. The bottom image shows the area on June 16, after the fire was out. The sharp edges of the burn scar are due to roads and fences that served as firebreaks.

Despite temporarily losing control of the fire, the park’s managers achieved much of what they had hoped. Most areas were not as severely burned as they were in previous blazes, and a patchwork of burn scars and fire breaks were created. Unlike a devastating 2011 fire, not one game animal died in the 2012 blaze.