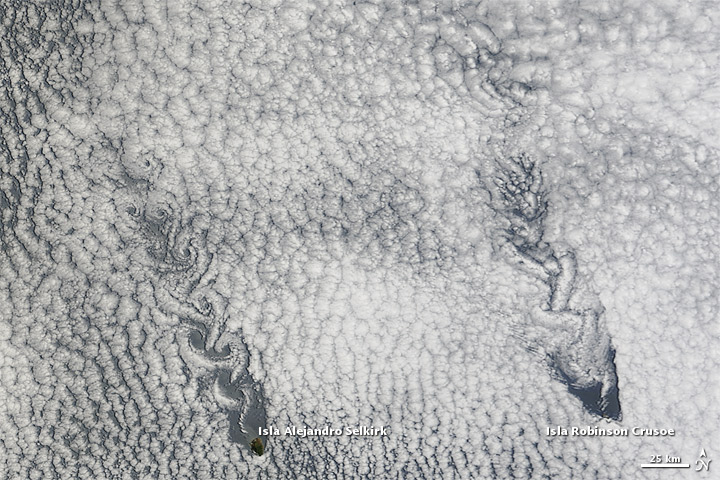 Two small islands had a big impact on the skies over the Pacific Ocean in January 2013, creating paisley patterns that stretched 280 kilometers (175 miles). The Moderate Resolution Imaging Spectroradiometer (MODIS) on NASA’s Terra satellite captured this natural-color image on January 13, 2013.

The islands are tall enough to disturb air flow over the ocean. When an object such as an island interferes with the movement of air, von Karman vortices form in the air on the downwind (or leeward) side of the island. Also known as vortex streets, they are double rows of spiral eddies that are made visible by the clouds.