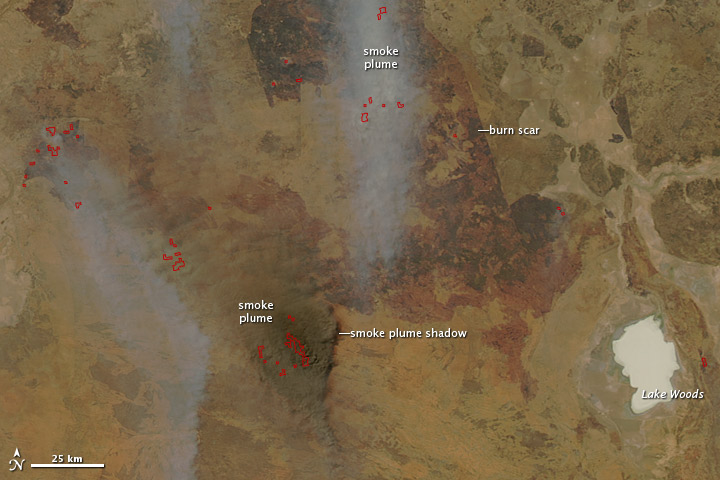 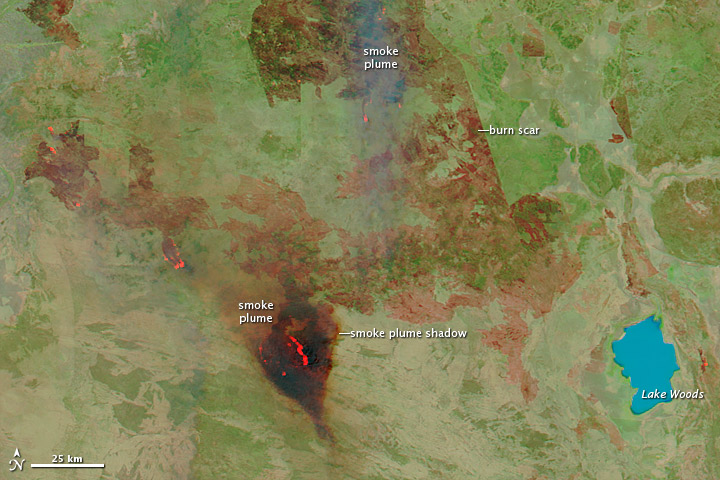 Wildfires burned across the Northern Territory in September 2012 as Australian winter gave way to spring. The Moderate Resolution Imaging Spectroradiometer (MODIS) on NASA’s Aqua satellite observed smoke and fires in an area west of Lake Woods on September 18, viewing the event in different ways.

Besides the visible light that human eyes can see, MODIS can detect infrared light outside of our range of vision. The natural-color image (top) looks like an aerial photograph, and red outlines approximate the locations of active fires. The false-color image (bottom) uses a combination of visible and infrared light to better show certain features. Known to remote sensing specialists as “band 7-2-1,” this combination of wavelengths is good for revealing burn scars. Water is blue, vegetation is bright green, and burn scars appear in shades of brown, burnt orange, and red.

The appearance of burn scars in band 7-2-1 imagery can vary depending on the type vegetation that burned, the amount of plant residue that remains, and how recently the fire occurred. And unlike natural-color imagery, Band 7-2-1 images show burn scars through the smoke.

Especially thick, dark plumes can occasionally alter the appearance of burn scars. Due west of the lake, a big stretch of vegetation burned fiercely in September 2012, and a close look at the natural-color image shows the smoke plume. Unlike other plumes that are blue-gray, this plume is dark brown and thick enough to cast a shadow. In the false-color image, the burn scar associated with those fires looks particularly dark, driven partly by the thick smoke overhead. But while the smoke plume completely hides the land surface in the natural-color image, the outline of the burn scar can still be discerned in the Band 7-2-1 image.

The LANCE MODIS Rapid Response Team provides daily images of this region, and a comparison of this images from September 17 and September 18 show that the fire west of Lake Woods sprang up quickly. 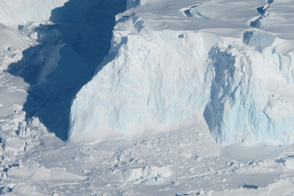