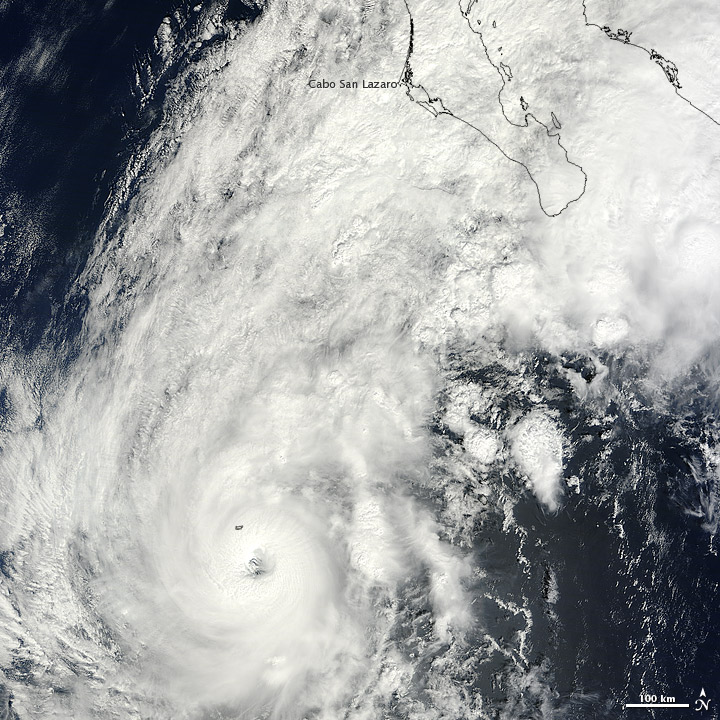 Paul formed as a tropical storm over the eastern Pacific Ocean on October 13, 2012. By October 15, when the Moderate Resolution Imaging Spectroradiometer (MODIS) on NASA’s Terra satellite captured this natural-color image, Paul was a hurricane bearing down on Baja California.

At roughly the same time that MODIS captured this image, the U.S. National Hurricane Center (NHC) reported that Paul had maximum sustained winds of 90 miles (150 kilometers) per hour. At 11:00 a.m. Pacific Daylight Time on October 16, Paul’s wind speeds were the same, and the center of the storm was located about 45 miles (70 kilometers) south of Cabo San Lazaro. The NHC reported that Paul was moving northwards at about 18 miles (28 kilometers) per hour, and was expected to make landfall within a few hours. The NHC warned of strong winds, heavy rains, and a dangerous storm surge for parts of Baja.