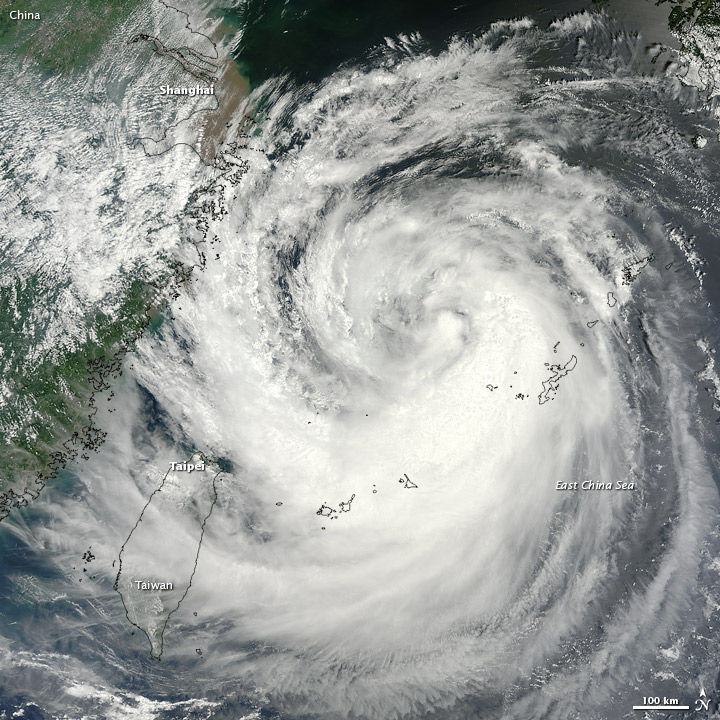 The Moderate Resolution Imaging Spectroradiometer (MODIS) on NASA’s Terra satellite captured this natural-color image of Haikui on August 6, 2012. Storm clouds extended over Taiwan, and skirted the coast of China.

On August 6, the U.S. Navy’s Joint Typhoon Warning Center (JTWC) reported that Haikui was located about 220 nautical miles (410 kilometers) northeast of Taipei. The storm had maximum sustained winds of 65 knots (120 kilometers per hour) with gusts up to 80 knots (150 kilometers per hour). The storm was expected to strengthen somewhat over the next 24 hours, and the JTWC storm track showed Haikui making landfall south of Shanghai on August 7–8, 2012.

Xinhua reported that Haikui had already brought high winds and heavy rains to some coastal regions of Zhejiang Province. Government officials called fishing boats back to port and urged residents to prepare for another storm.

Haikui strengthened to a typhoon off the coast of China, just days after two other severe storms made landfall. 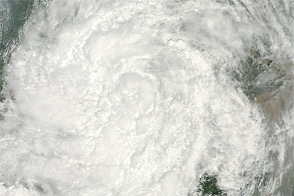 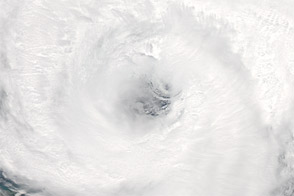 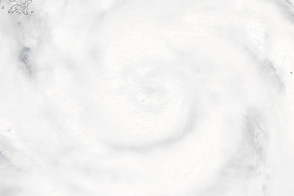