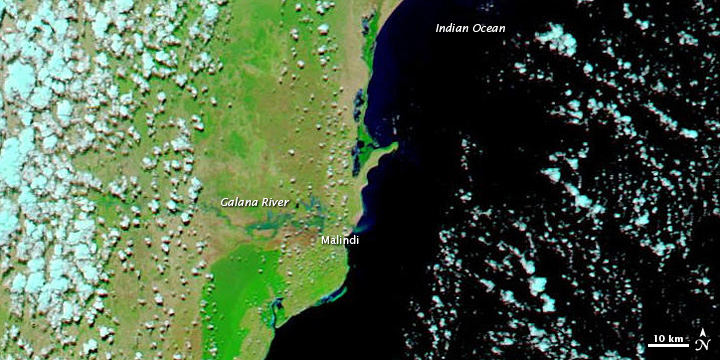 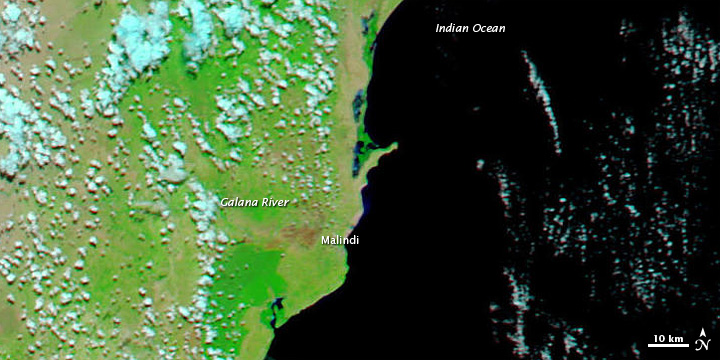 Floods isolated schools and villages in southeastern Kenya in early May 2012. The Galana River (or Sabaki River) broke its banks and changed course, news reports said. Roughly 2,000 students were cut off from their schools, and more than 3,000 families were affected by the flooding in the region around Malindi.

The Moderate Resolution Imaging Spectroradiometer (MODIS) on NASA’s Aqua satellite captured the top image on May 10, 2012. For comparison, the bottom image shows the same region on May 9, 2009. These images use a combination of visible and infrared light to better distinguish between water and land. Water varies from electric blue to navy. Vegetation is bright green and bare ground is earth-toned. Clouds are pale blue-green and cast shadows.