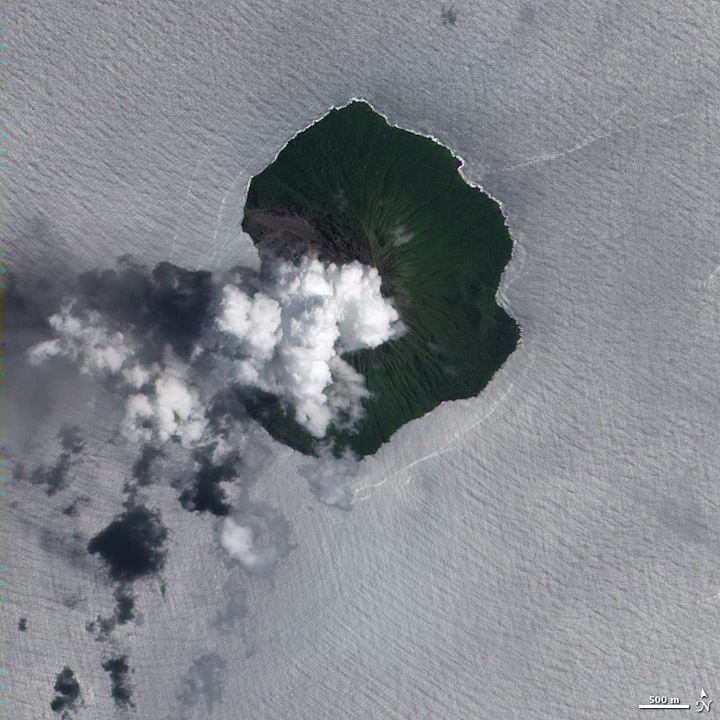 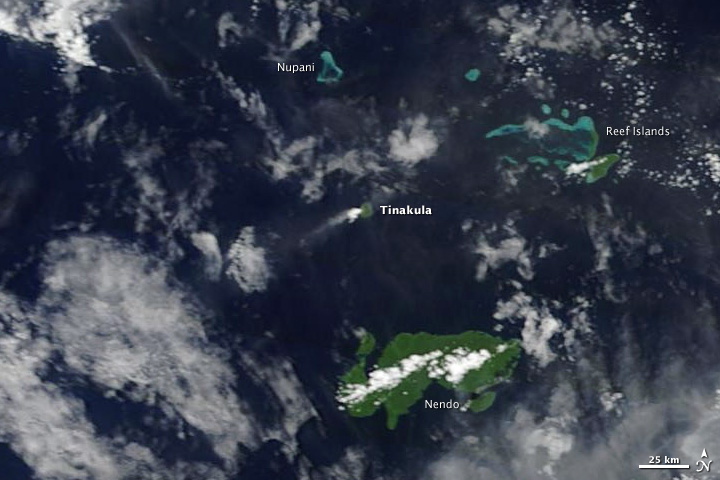 Tinakula is a small, volcanic island in the South Pacific, located about 2,300 kilometers (1,400 miles) northeast of Brisbane, Australia. This natural-color satellite image (top) shows a plume of volcanic gas, possibly mixed with a bit of ash, rising above the island’s summit.

On February 13th and 14th, 2012, NASA’s Moderate Resolution Imaging Spectroradiometer (MODIS) detected heat signatures on Tinakula, and a small plume was apparent in visible imagery (lower image). Over the past decade satellites have detected intermittent “thermal anomalies” on the island that suggest eruptions have taken place, but eyewitness observations are infrequent.

Around the island, the reflection of sunlight on the ocean—sunglint—gives the surface a milky appearance that makes the wave patterns readily visible.

These images were collected by the Advanced Land Imager (ALI) on the Earth Observing-1 (EO-1) satellite (top) and MODIS on the Terra satellite on February 14, 2012. Thanks to the members of Activ for notifying us of the activity.

After satellites detected a “hotspot” on Tinakula, a tiny island in the South Pacific, a high-resolution image confirmed volcanic activity. 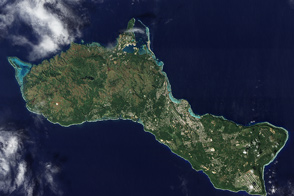