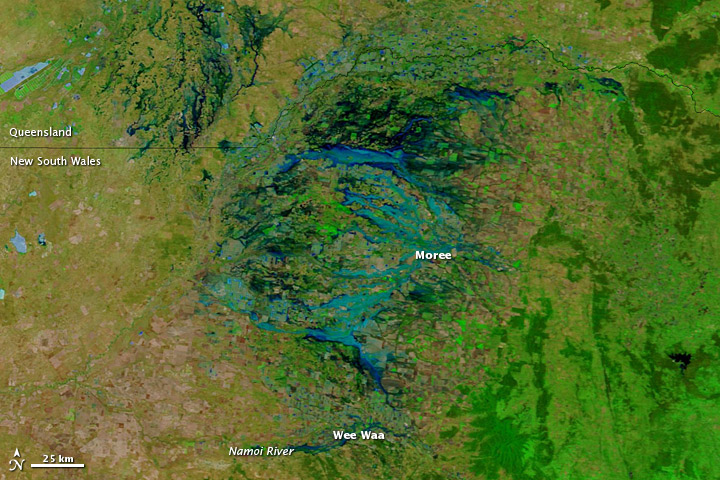 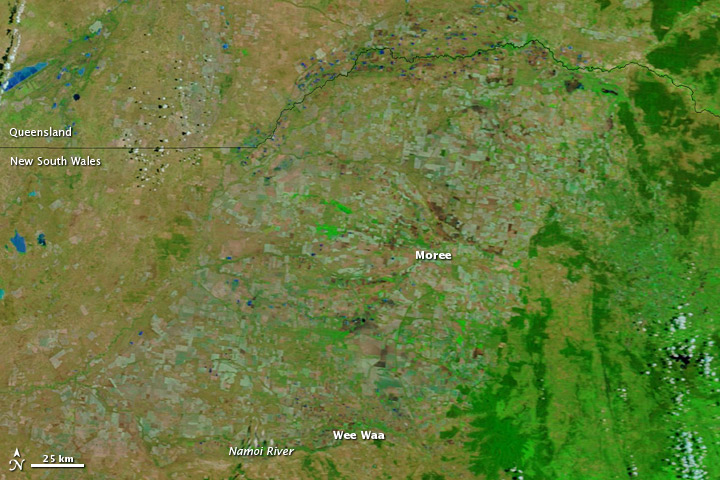 Flooding isolated communities in northern New South Wales in late November 2011. Rising waters cut off roughly 1,800 residents of Wee Waa, and about 200 rural properties in the vicinity of Moree, according to news reports. On November 27, authorities predicted that Wee Waa would face a week of flood-imposed isolation, the Australian Associated Press reported.

The Moderate Resolution Imaging Spectroradiometer (MODIS) on NASA’s Terra satellite captured these images on November 28, 2011 (top), and November 19, 2011 (bottom). Both images use a combination of visible and infrared light to better distinguish between water and land. Water ranges from electric blue to navy. Vegetation is bright green. Bare ground is earth-toned.