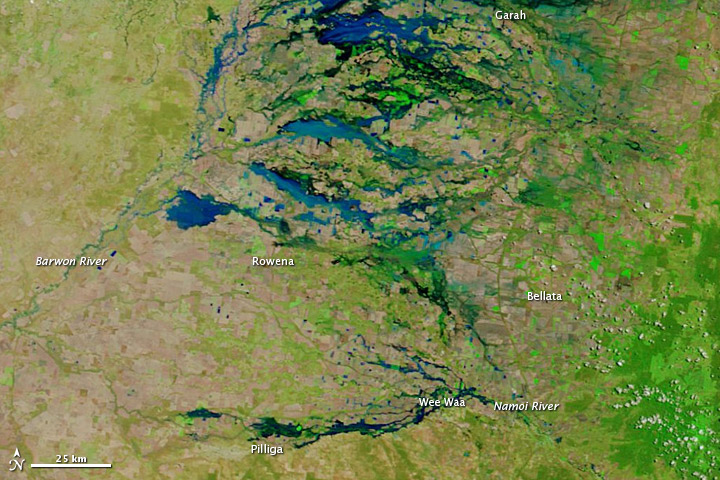 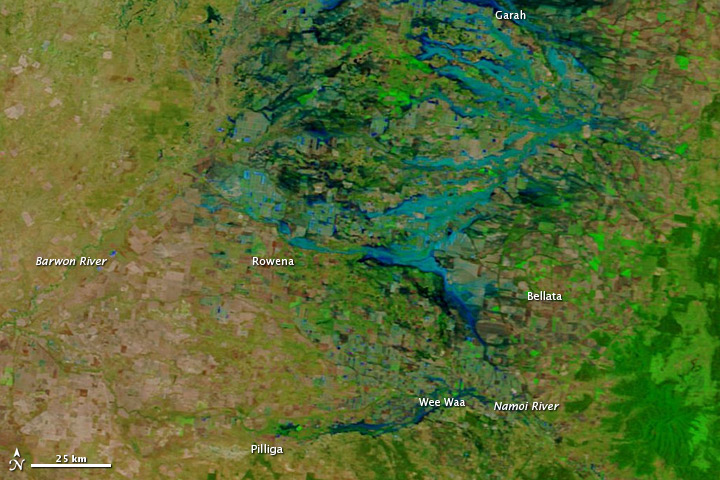 Both images use a combination of visible and infrared light to better distinguish between water and land. Water ranges from electric blue to navy. Vegetation is bright green. Bare ground is earth-toned. The overall lighter shades in the December 2 image likely result from a different angle of the satellite sensor. The lighter shades of blue on November 28 might be due to shallower water depths and/or higher sediment loads compared to December 2.

These images, both of which show flooded conditions, document the general westward movement and concentration of some water in river channels. The Namoi and Barwon Rivers are tributaries of the Darling River to the southwest.

ABC News Australia reported that a moderate flood warning remained in effect for the Lower Namoi River, and that the communities of Bugilbone and Goangra might experience flooding in the coming days.