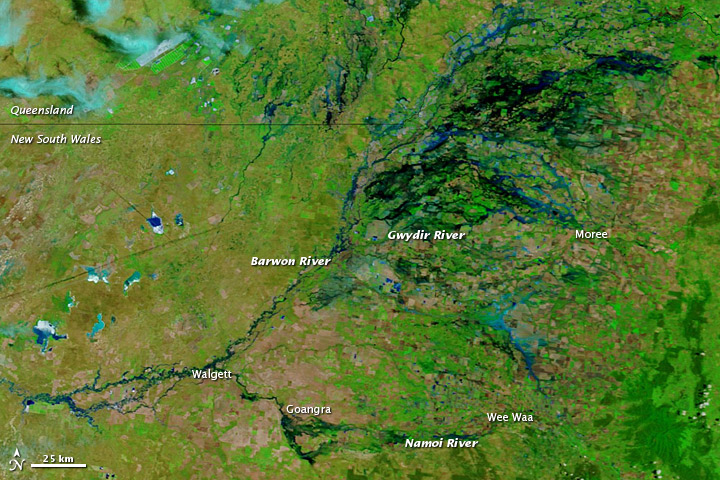 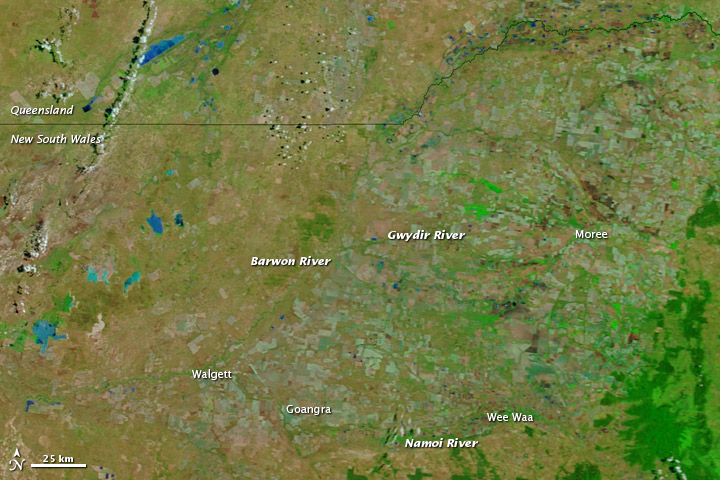 Floods struck northeastern New South Wales, Australia, starting in late November 2011. Over the next few weeks, floods traveled downstream, toward the west and southwest, along tributaries of the Darling River. The Bureau of Meteorology issued flood warnings for multiple rivers in the region, including the Gwydir River downstream of Moree, the Namoi River at Goangra, and along the Barwon River.

The Moderate Resolution Imaging Spectroradiometer (MODIS) on NASA’s Terra satellite captured the top image on December 14, 2011. For comparison, the bottom image shows the same region almost a month earlier, on November 19, 2011. These images use a combination of visible and infrared light to better distinguish between water and land. Water ranges from electric blue to navy. Vegetation is bright green. Bare ground is earth-toned. Clouds are pale blue-green.