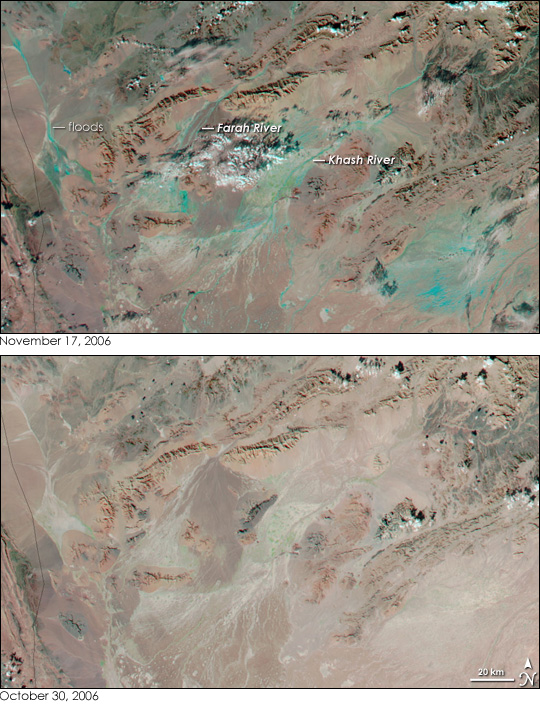 The normally arid desert of western Afghanistan flowed with water on November 17, 2006, after heavy rain fell over the country. The rain triggered flash floods that killed at least 10 people with more than 100 still missing as of November 20, reported Reuters. In their first assessment of the disaster, the International Federation of Red Cross and Red Crescent Societies (IFRC) found that the widespread flooding had destroyed 10 villages and hundreds of houses in other communities throughout western Afghanistan.

The Moderate Resolution Imaging Spectroradiometer (MODIS) on NASA’s Aqua satellite captured the top image of the floods on November 17, 2006. The tan and pink desert is laced with pale blue where water had flowed through normally dry channels. The Farah and Khash Rivers and their tributaries, not ordinarily visible in MODIS images, are outlined in blue where water muddied the surrounding land when the rivers burst their banks. The flooding extends far beyond the area shown in this image. Additional signs of flooding are evident in the large image.