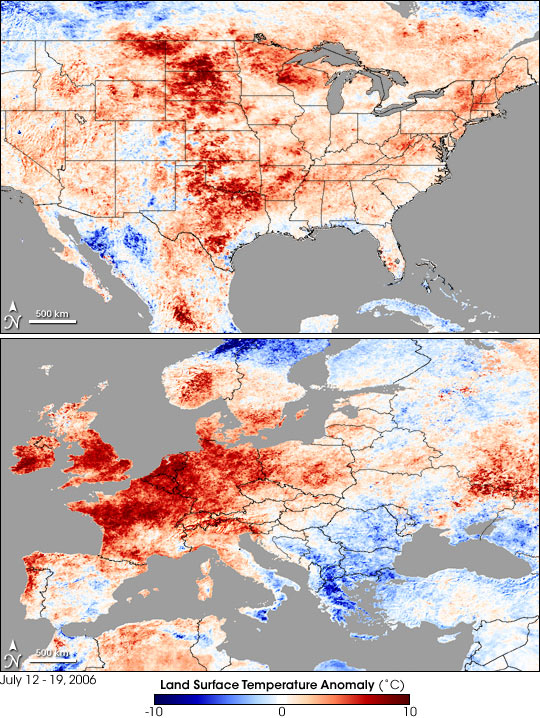 Most of the United States was unusually warm, especially the U.S. Midwest from North Dakota to Texas. Across the Atlantic, Ireland, Britain, France, and Germany were extremely warm as well. Air temperatures in many parts of the United States soared to or past 40 degrees Celsius (about 100 degrees Fahrenheit), and Britain, Germany, and the Netherlands experienced their hottest July on record, reported the Associated Press and United Press International. Farmers on both sides of the Atlantic were facing major crop loss, and on both continents, power companies struggled to keep up with electricity demands.

July brought sweltering heat to much of Western Europe in 2006.