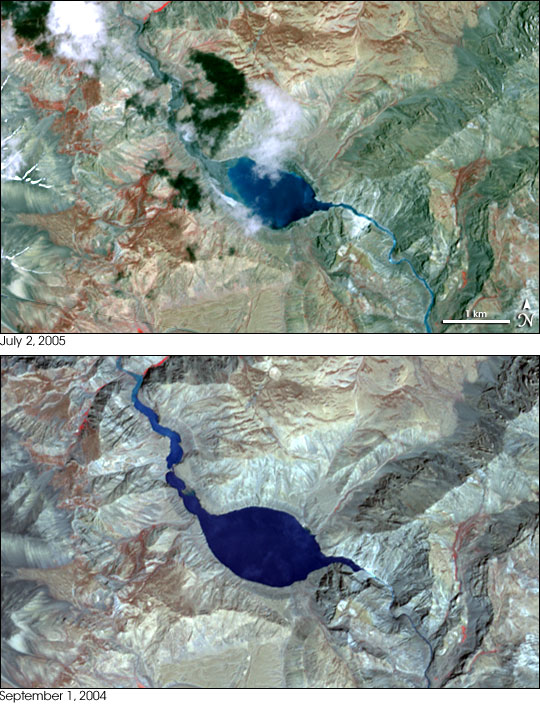 Roughly a year after forming behind a landslide dam, the lake on the Pareechu River in Tibet began to drain on June 26, 2005. Water and mud gushed down the Pareechu River into the Sutlej, the major river that flows through India’s Himachal Pradesh state. Thousands were evacuated from the banks of the Sutlej, and though several bridges and buildings were damaged or destroyed, no injuries were reported in the flood, according to news reports.

On July 2, 2005, the Advanced Spaceborne Thermal Emission and Reflection Radiometer, (ASTER) on NASA’s Terra satellite captured the top image of the shrinking lake. Both the lake and the river behind it have shrunk considerably since September 1, 2004, when the lower image was taken. A silvery sheen of mud or gravel seems to have replaced the dark blue water in the upper reaches of the river and lake. Below the lake, the river has grown where water is now pushing its way downstream.

A year after forming behind a landslide, the lake on the Pareechu River of Tibet burst free, flooding regions downstream.