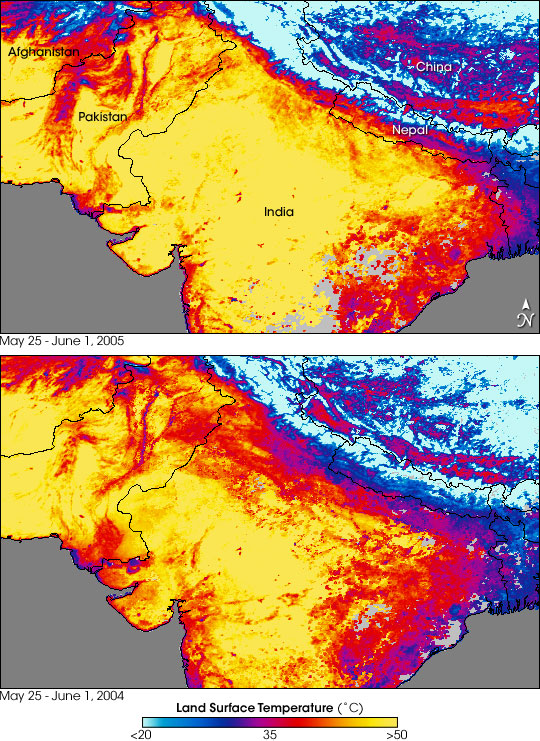 A pre-monsoon heat wave left India, Pakistan, Nepal, and Bangladesh baking for much of June 2005. The heat wave, which started at the end of May, has claimed more than 200 lives in India alone, according to news reports, and has also caused deaths in Pakistan, Bangladesh, and Nepal.

The top surface temperature image, created from data gathered by the Moderate Resolution Imaging Spectroradiometer (MODIS) on NASA’s Terra satellite between May 25 and June 1, 2005, shows the start of the heat wave. Compared to images collected during the same time in 2004, there is less gradation between the hot plateaus of south Asia and the frigid peaks of the Himalaya. In 2005, searing heat, shown in yellow, spread across India’s northern plains and along the southern base of the Himalaya in Pakistan and Nepal. In agreement with this image, temperatures stayed between 40 and 50 degrees Celsius (104 - 122 degrees F) for much of June. Monsoon rains starting on June 21 brought relief to some of the region.