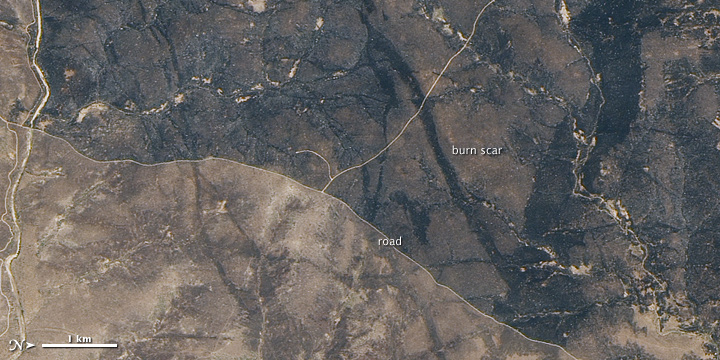 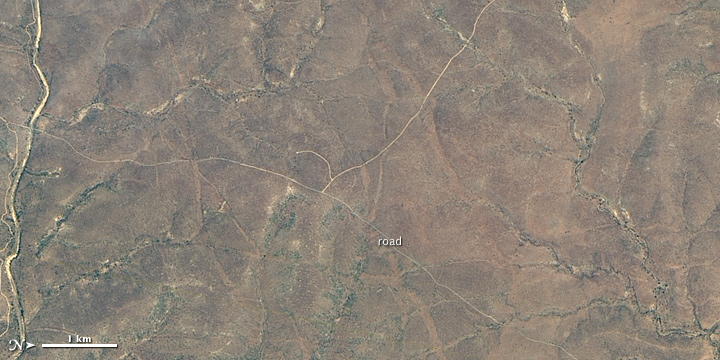 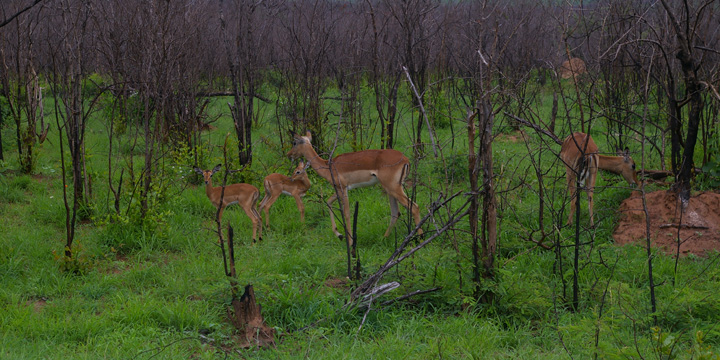 In September 2010, the Advanced Land Imager (ALI) on NASA’s Earth Observing-1 (EO-1) satellite charted the progress of a prescribed fire in Kruger National Park, South Africa. Navashni Govender, program manager for fire ecology and biogeochemistry in the park, said the fire was an experiment intended to kill off woody shrubs and trees that have been encroaching on grassland where the park’s famous wildlife graze. Usually planned fires are low-intensity burns that are easy to control, but this type of cool fire could not kill the woody vegetation. So, park managers set a hot, intense firestorm.

Did the experiment work? On September 18, 2010, shortly after the planned firestorm occurred, ALI revealed a black, charred landscape. Nearly one year later, on August 20, 2011, the ALI acquired a new image of the park. This image, shown in the center, shows no sign that a fire ever occurred. Previously charred land is now indistinguishable from the tan land around it. Adapted to fire, the savanna grasses recovered very quickly.

The view from the ground is even more revealing. The fire killed the top of trees taller than three meters (10 feet), says Govender, but the grass came back entirely. Like the grass, the trees began to regrow, but for now they are small and tender enough for animals to eat. This photo, taken by Govender, shows impalas grazing on the new grass and young trees beneath fire-blackened trees. To completely remove the woody vegetation and restore open grassland, managers will set a second high-intensity fire after the grass and shrubs regrow enough to sustain the fire, says Govender. 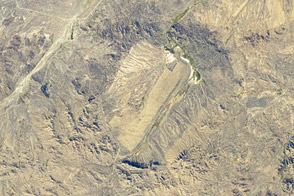