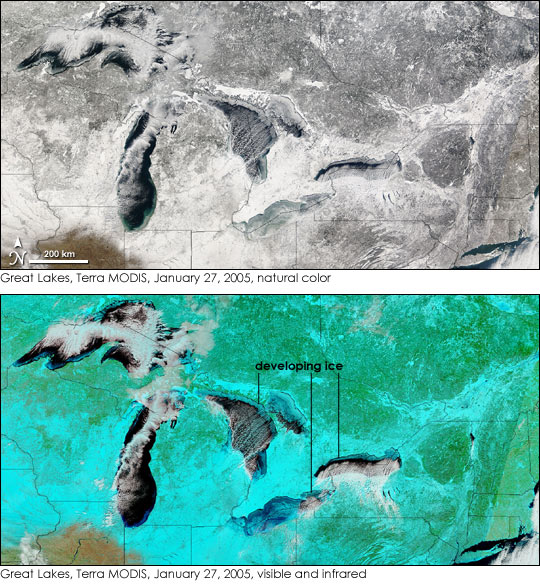 The race is on to see which will freeze first: the northeastern offshoot of Lake Huron, Georgian Bay, or Lake Erie. These images of the five Great Lakes—(left to right) Superior, Michigan, Huron, Erie, and Ontario—show ice beginning to build up around the shores of each of the lakes, with snow on the ground across virtually the entire scene.

Both images are made from observations from the Moderate Resolution Imaging Spectroradiometer (MODIS) on NASA's Terra satellite on January 27, 2005. The top image uses MODIS observations that simulate a digital photograph, while the bottom image adds infrared observations that help sort out all the "white". Snow and ice become electric blue, while clouds remain white. Open water appears blue or nearly black, and vegetation is bright green. Both Georgian Bay and Lake Erie have a considerable amount of ice.