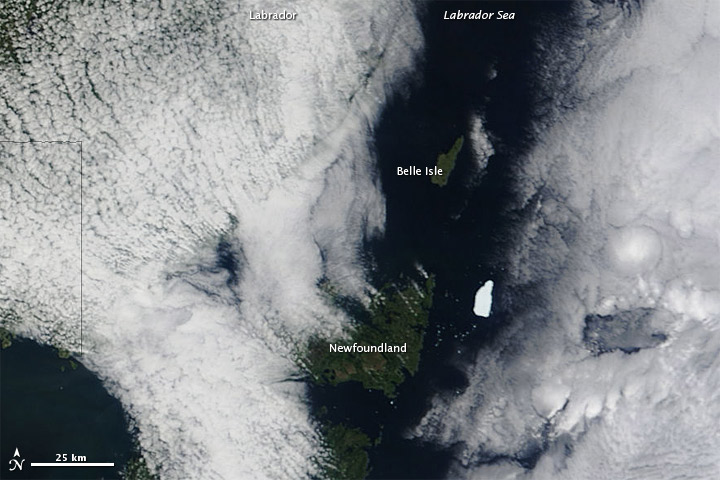 The Petermann Ice Island-A (PII-A) was about 16 kilometers (10 miles) off the Newfoundland coast on August 4, 2011. The Moderate Resolution Imaging Spectroradiometer (MODIS) on NASA’s Terra satellite took this picture the same day.

The ice island floats in the ocean under a corridor of clear sky between two cloudbanks. The northeastern tip of Newfoundland and Belle Isle also appear, but clouds hide Labrador. White dots southwest of the ice island could be small clouds, but may also be ice chunks recently calved off PII-A. In July 2011, the Canadian Ice Service reported that PII-A was losing mass through melting and calving.

PII-A is a remnant of a much larger ice island that calved off the Petermann Glacier in northwestern Greenland almost exactly one year before MODIS acquired this image. The ice island broke free from the glacier on August 5, 2010. That ice island was roughly 97 square miles (251 square kilometers). 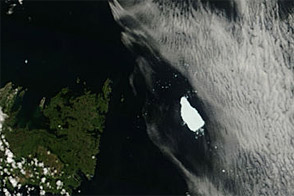 Acquired August 1, 2011, this natural-color image shows the Petermann Ice Island-A off the northeastern tip of Newfoundland.