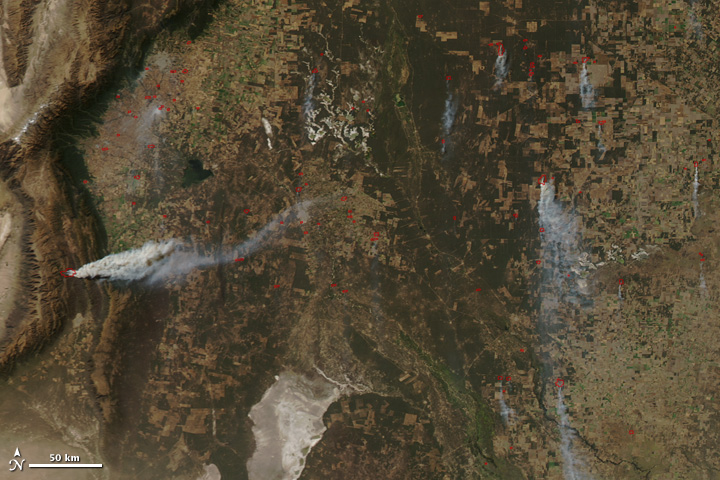 Several fires burned throughout the Gran Chaco in northern Argentina on July 25, 2011, when the Moderate Resolution Imaging Spectroradiometer (MODIS) on the Aqua satellite acquired this image. The fires are marked in red. The majority of the fires burn in the rectangular fields of agriculture that cover the dry plain. These fires were probably deliberately set to clear land. Along the western edge of the scene, one very large fire burns in the Andes Mountains. The dense smoke rising from the fire streaks east over the plain.

Strong winds at the lower elevation of the plain pull long plumes of smoke south. The winds fueled a large dust storm immediately south of the area shown here. The northern edge of the dust storm is visible in the lower left corner of the image.

The Gran Chaco is a large, dry plain that stretches across northern Argentina and Paraguay and southeastern Bolivia. In the area shown in this image, the plain was originally mixed forest and open grassland. Much of the area is now intensely cultivated.

Fires are scattered across the Gran Chaco in this image of northern Argentina taken on July 25, 2011. 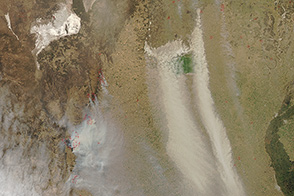 Fires destroyed dozens of homes in Argentina during September 2013.