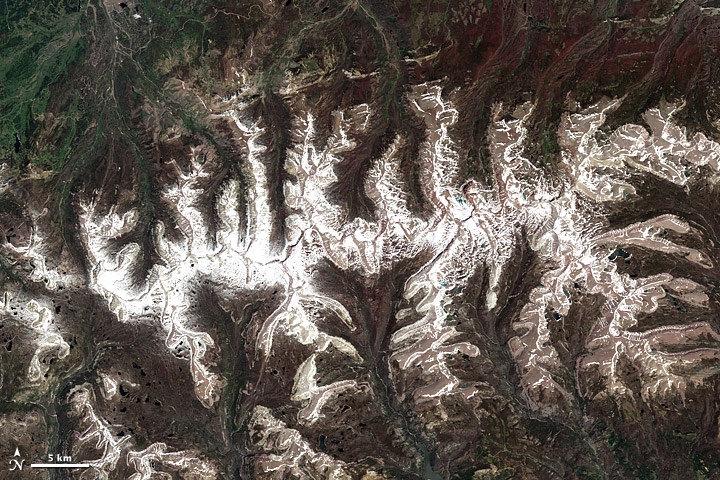 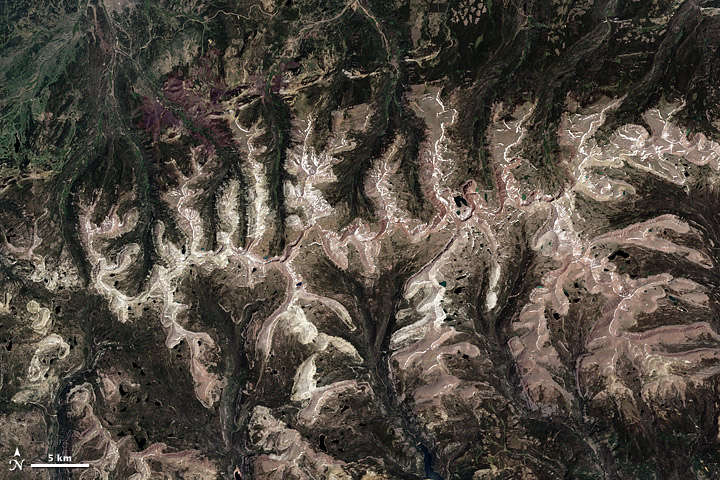 By July in a typical year, the snow that covers the slopes of the Rocky Mountains has given way to grasses and wildflowers, leaving only the peaks capped in white. But 2011 has not been a typical year. As this image of the Uinta Mountains in northeast Utah shows, winter’s snow is lingering into summer. On June 26, the snowpack on the southern face of the range was 849 percent above average. The northern face had 892 percent more snow than average.

The Uintas are typical of conditions throughout the northern Rockies and northwestern United States. From Montana to California, the extent of lingering snow is “exceptionally unusual,” said the National Climate and Water Center, who reports that snowmelt is usually complete by July.

A cool spring is part of the reason that the western mountains still hold snow in July. Washington and Oregon experienced the coldest April to June on record, and other western states experienced temperatures below or much below normal. With low temperatures, mountain snow didn’t melt quickly.

The other reason the snowpack is lasting into summer is that there was more snow to melt. The winter and spring of 2010-2011 brought far more snow than average, leading to a record mountain snowpack in at least five states. A healthy snowpack is a boon to western states most of time. Snow stores water for use in the dry summer months. However, if the snow melts quickly, the runoff could cause floods. Already, melting snow contributed to flooding in the Missouri River basin. As the snow melts in other basins, it could swell rivers with unseasonal floods.

Despite the record snow in some western states, the snow extent in North America as a whole was below average in the spring (March to May) for the eighth year in a row. The extent was low because less snow fell in central and northwestern Canada and Alaska than average.